One sunny Friday morning, in the school holidays, me and my brother were bored, and of course the first thing that came into our minds was…pimp a crispy cake! 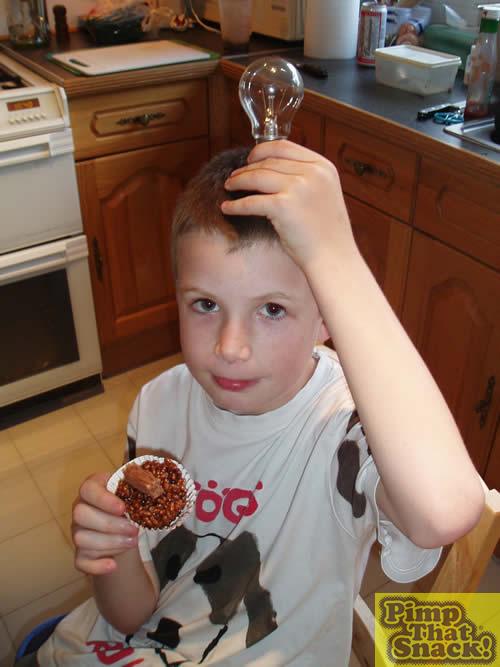 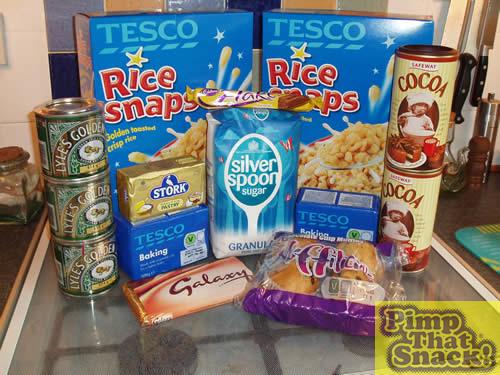 And so we began –

First came the papercase (after viewing other crispy items, we decided that the wrapper was key to uniqueness). We (and by we I mean my mum did it while I took the pictures!) glued the sheets of card together.Then we used our abnormaly large compass to draw a *ahem* neat… circle, we then cut that out. 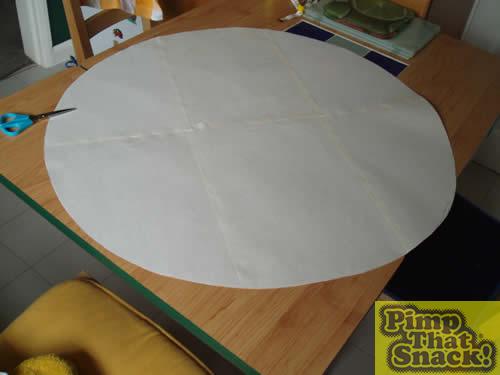 After that we (and this time I helped!) placed the bucket in a centre-ish position on the circle. We then tied the string round the middle of the bucket (for size). When that was done we slipped of the string and placed it underneath the circle, so it was exactly inline where the bucket was, then using the string, 7 hands (don’t ask) and alot of willpower we moulded the card around the bucket – this took some time. 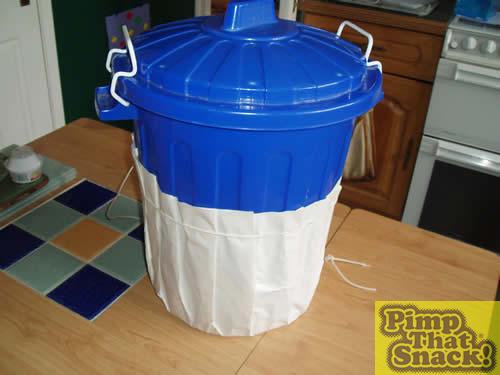 We then left it to ‘set’ before removing the bucket – this took superhuman strength, provided by me, as the bucket was full of lego *note to self* remove contents of the bucket before use as this can strain ligaments! *end note*. 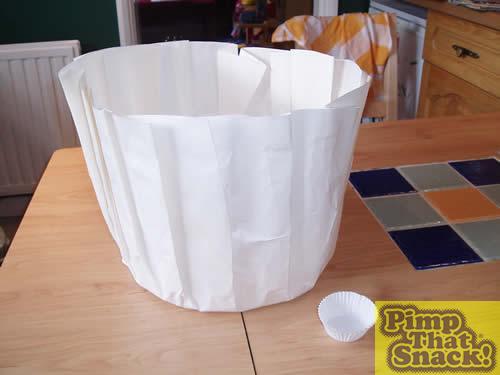 Now came the ‘crispylitious’ crispy cake. We had decided to use a family recipe instead of cheating with just melted chocolate! This took huge amounts of hand-eye co-ordination, skill and maths (I left this bit to my brother! I dont do schoolwork in the holidays!)

First we mixed all of the ingredients, bar the crispys (and I can’t remember in which order because I was busy ‘testing’ the ingredients to make sure they were edible!) in a large, but not quite large enough, pan! This left us with a mixture not unlike baby puke! 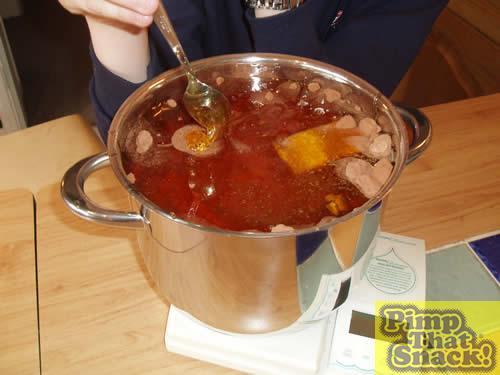 We then melted this mixture down, transforming puke into chocolatey loveliness. Whilst this was happening me and Nick filled a caketin full of rice snaps. It seems we bought too many! 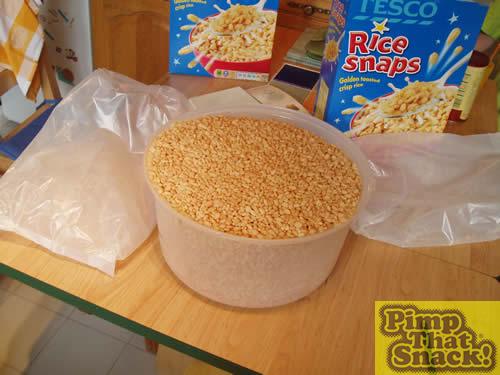 After some pondering and muffin eating we came up with a plan! We would remove half the rice snaps into another bowl then put half the chocolate mixture in each! Genious! Using this technique we had the job done in no time – half an hour! 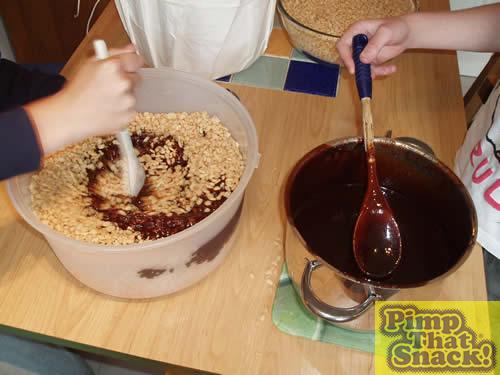 Next came pouring the ricey chocolatey mixture into the case. Licking the spoon is much more fun when it’s of this proportion! 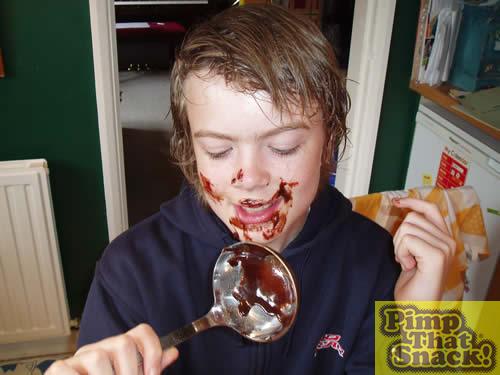 After the pouring and spoon licking was done we added to finishing touches to our mountain – a melted chocolate ‘snowcap’ and a ‘flag’ to show it was our mountain, we had conquered it and no-one else would be allowed near it! We then transferred the K2 to the fridge – luckily Dad didn’t have much beer stored in it at the time!

And at last here is a picture of the finished product weighing in at 4.25kg – that’s 142 times the weight of our baby molehill! 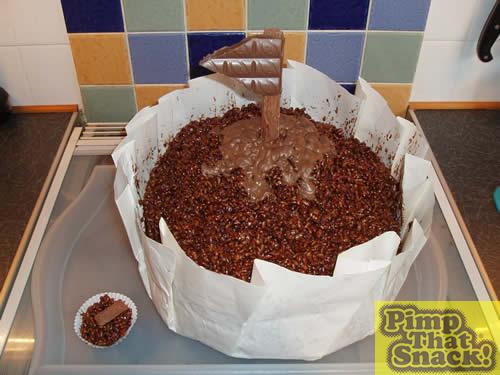 Our work here is done!