Enough chocolate to cover inside and outside of square pan.
Half gallon of any ice cream of your choosing
Square cake pan 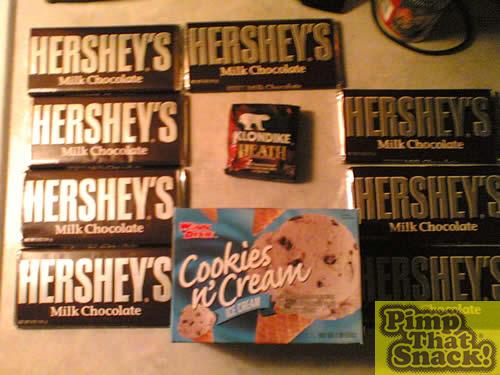 I work at a grocery store and stumbled upon this site and day after day I began to contemplate what I could make to show off to the world. I even stayed up countless hours recreating snacks I had seen on here days prior. As I was stocking the shelf one day I noticed the Klondike bars. They are small and not one can just fill you up. I’m a husky guy so I figured hey what the heck why not make one Tad bit bigger say like 4lbs bigger.

To start I bought the necessary items such as the chocolate bars, square tin(s), and my favorite half gallon of ice cream. From here I proceeded home to make the ultimate Klondike bar.

The first step is to melt down the chocolate in 20 second spurts as I have read from previous posts on here to avoid disaster. After about 80 seconds or so after melting 4 of the 8 bars of chocolate (what can I say I love chocolate) I began to coat the bottom of the first tin with chocolate. As with the Reeses peanut butter cup I placed in the freezer to get the bottom part of the shell hard enough to add the filling. 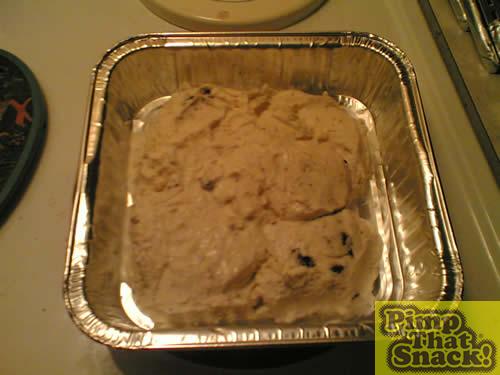 As you can see after thirty minutes of freezing and placing the molded ice cream it looks nothing to be desired yet. So after molding the ice cream in the new tin to perfection I melted down the last 4 bars of chocolate as previously did before and poured it over the top. The trick here is to hurry and spread the melted chocolate over the ice cream before it melts or you will just get a big messy blob of goo. 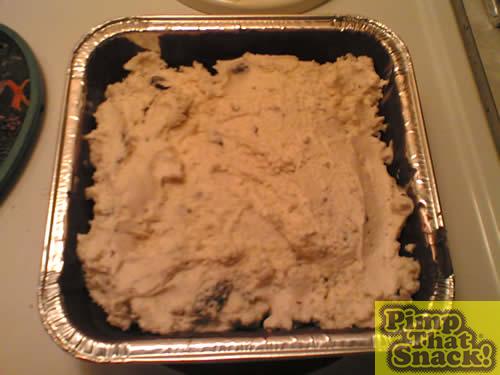 Quickly from there place it in the freezer and let it freeze for about 7 to 8 hrs to ensure it is completely frozen.

The pictures below show the final product in which I think is ten times better then the actual product. 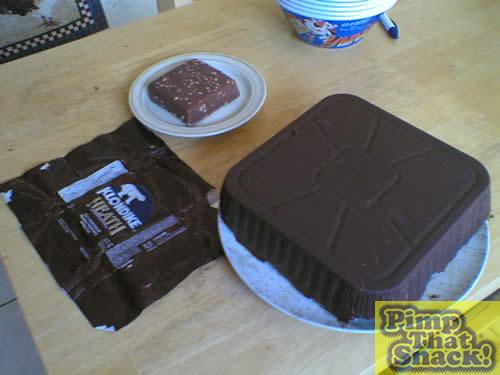 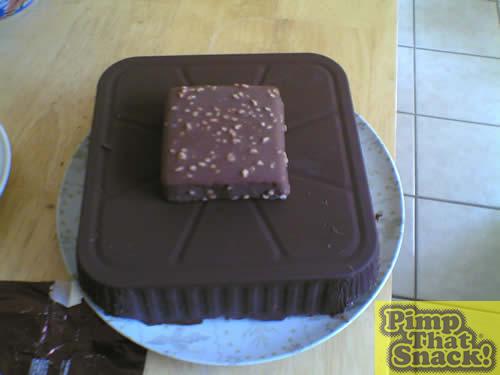 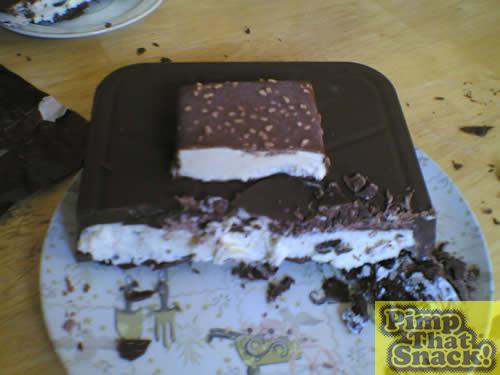