The Pimp That Snack website came to the attention of Gordon Ramsay’s food programme, The F Word. So we decided to set food critic Giles Coren a challenge to make his own contribution to the growing cult of ‘pimping’. But the site’s grown so big that there’s little left to pimp. Only one thing for it – to take a snack that someone’s already had a pop at and get Giles to make it bigger. The full story of what Giles got up to can be seen on Channel 4 on 2nd August 2006.

First stop the local superstore to assemble our mammoth ingredients. Cost: £35.31 most of it spent on Jaffa Cakes for prolonged analysis. 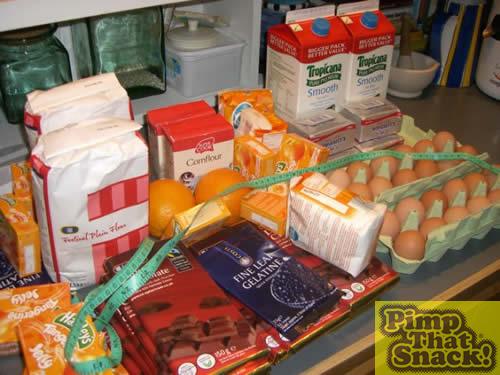 Then for the spongey base. This was critical – if we cracked this, then anything was possible. We opted not to use self-raising flour, concluding that the Jaffa sponge was more rigid than yer standard Victoria or RolyPoly-type affair. The only problem was in the whisking – the quantities involved were so vast that no bowl could contain their gooey overflow.

Finally the whisking was done and it was poured into the largest receptacle we could find – an oversize 55cm paella dish. 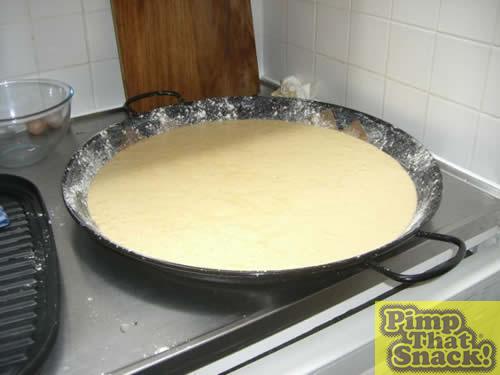 Our oven was never going to be big enough for this pimped baby so it was off to our local pizza restaurant for a loan of their industrial baker. 40 minutes at 160c

Back home we got going on the zesty orange centre. Orange jelly, simmering O.J. (without the pith), gelatine leaves and just a dash of cold water to start it setting. 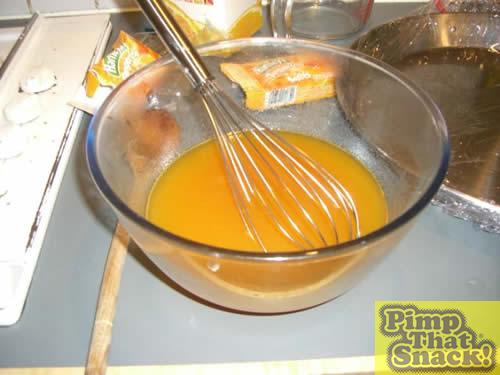 Success! Our sponge came out of the pizza oven all brown and toasty. A few nerves were torn driving it back home but we made it. It’s like a big pimp duvet. 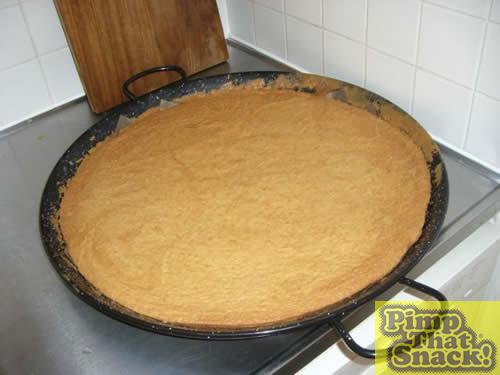 Many hours later and our tangy bit had set and the sponge had cooled enough to stop it melting on contact. The question was whether to place it dead centre or to one side – as so often happens with the shop-bought variety. 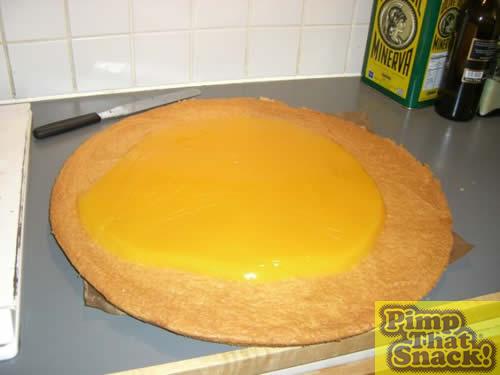 Well, the result was decided on it’s own. Now for the tricky heating and melting of the chocolate – a bain marie and don’t be tempted to stir until it’s done. 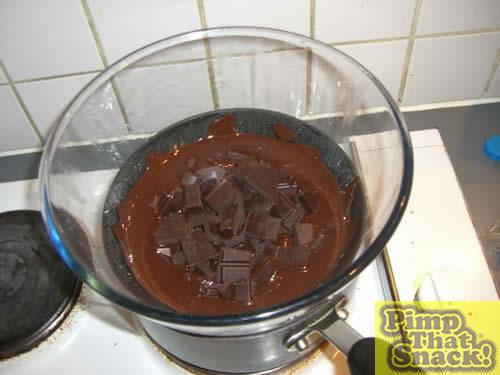 The chocolate was applied and the beast almost looks as if it comes from a cocoa-based outer space.

Finally the pattern is applied. And the final results are spectacular. 55cm in diameter. And look at the hob for a size comparison. And the tape measure. And the full-size original type Jaffas. Take that Jaffzilla. We will never be defeated.

PS – The choc hadn’t quite cooled when we took the photos, so no cross-section yet… 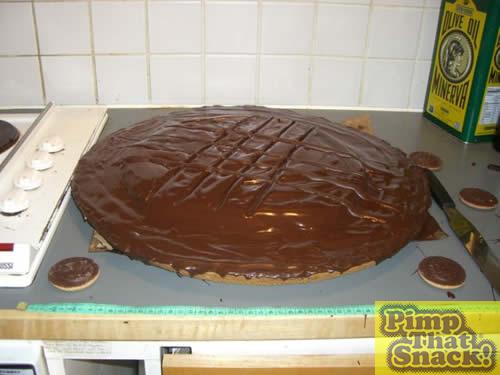