There seem to be plenty of sweet pimps, and after the disaster that was the jelly tot, I thought I’d attempt a seriously salty pimp – Hulahoops are clearly the best crunchy snack ever, so lets get cracking.

Firstly, we needed a mould. Luckily a clay pot that housed blue cheese in the kitchen looks about right, and after some sizing up proved to have the same ratio of width to hight. It was wrapped in loads of tinfoil to provide a base. It would need to hold up under the weight of the hoop in the oven – the pot wasn’t oven proof. 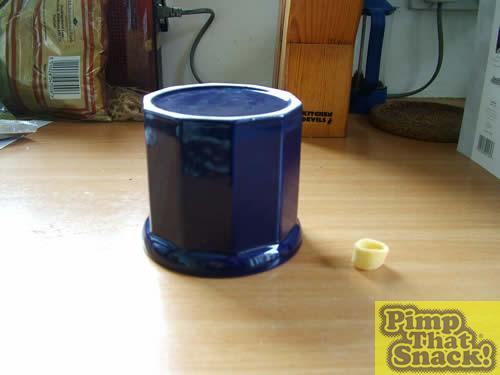 A think mashed potato was prepared, using 3 potatoes, 3 spoons of plain flour, a pinch of salt (for flavor!) and a slug of olive oil. The idea was to bake the hoop, so a bit of oil was needed. The mash was made, and then hand moulded to the tinfoil (still on pot) to a depth carefully calculated. Sadly physics got in the way of maths, and I had to just wedge the stuff on in the end. A quick brush of extra oil, and off she went. 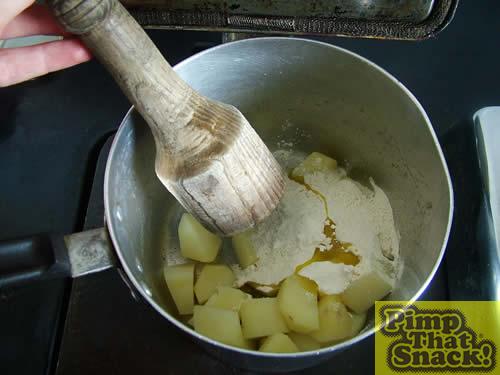 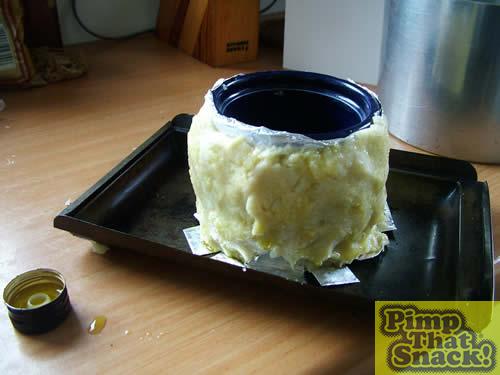 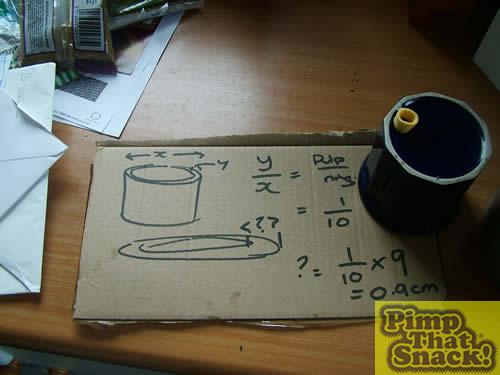 It went stright into a very hot oven. After 20 mins it was turned upside down, and the oven turned off. This was to allow the thickness to even out, as it had run a bit, and to solidify further. Once turned out – behold : The HulaHoop GTI. Only plain flavour, but defiantly mighty sized. 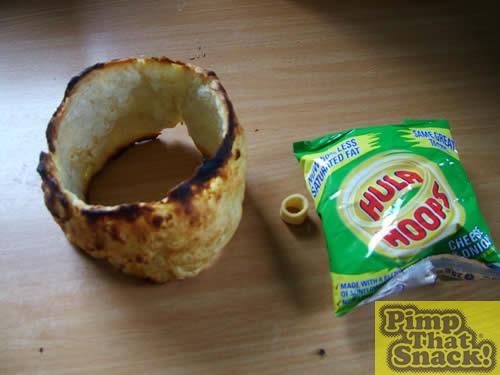