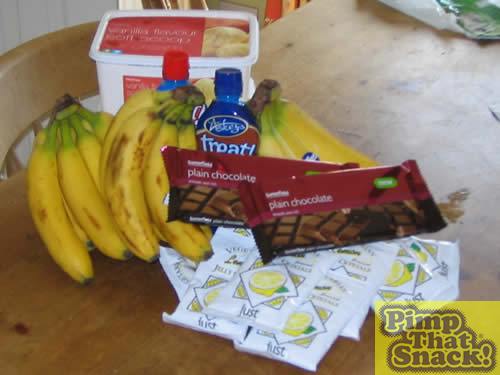 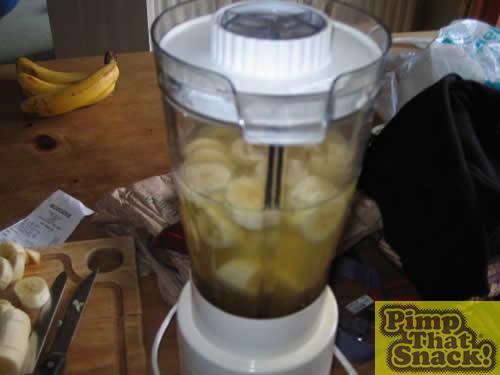 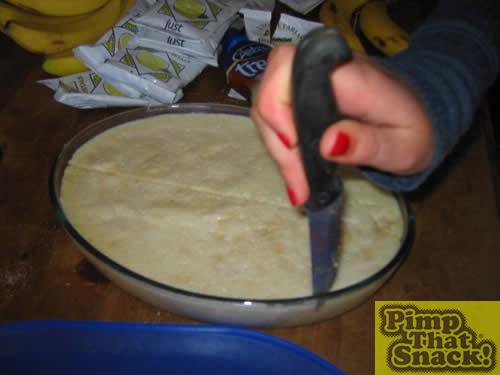 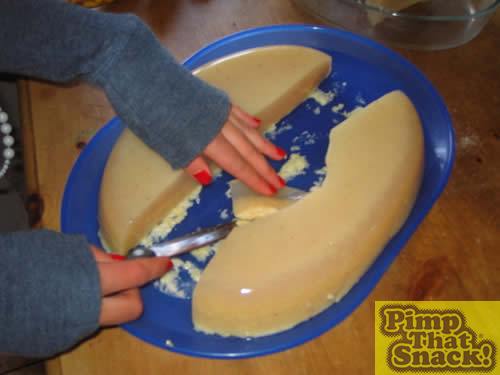 Due to the lack of a giant scoop, the hygienic Nicky’s fist method was employed. 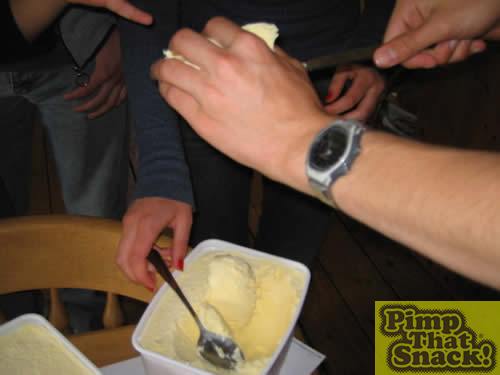 Once the ice cream had been artistically arranged, chunks of chocolate and sweets (giant sprinkles) and huge amounts of sauce were spread over it. As sun-loving pimps (and so the dog could clean up), the split was laid out on the lawn for photos and eating. 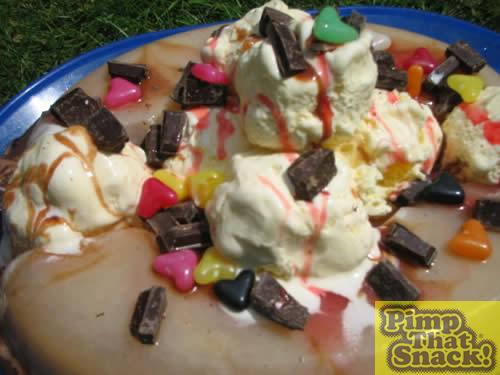 Alongside its little homeboy 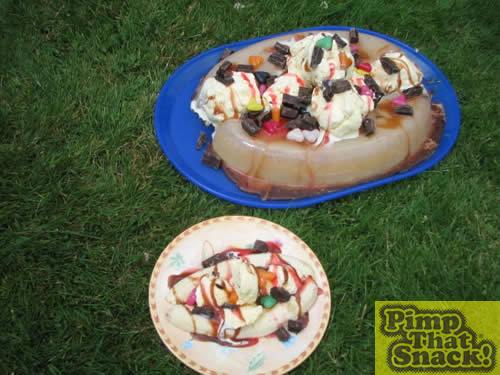 A hungry pimp is a good pimp, especially when the desert is big enough to feed 20 people. Amazingly it tasted nice and even tasted of banana! Note the browning (proof it is a real banana). We are considering submitting our GM banana to the US government as a plan for feeding all those starving Ethiopian children. 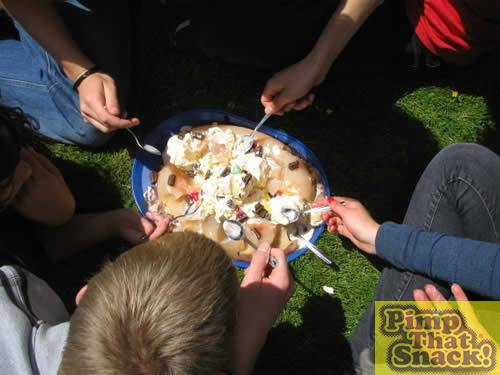 The after picture. Cause of death is believed to be drive-by shooting. 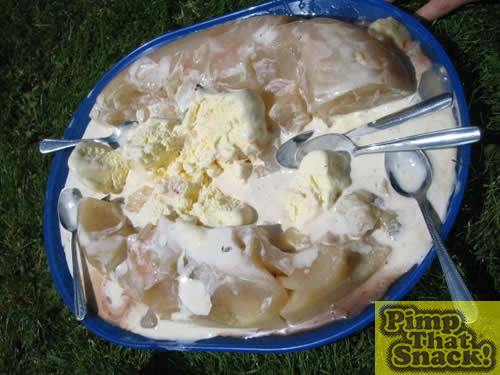