After finding myself with too much time on my hands and being slightly too
competitive, I decided to have a go at pimping something myself. I decided
that the secret of a high score is originality, technicality and finishing
touches.

My girlfriend and I trawled the shelves of Tesco looking for the perfect
project and I must admit it was her idea, we’d pimp a terry’s chocolate
orange. 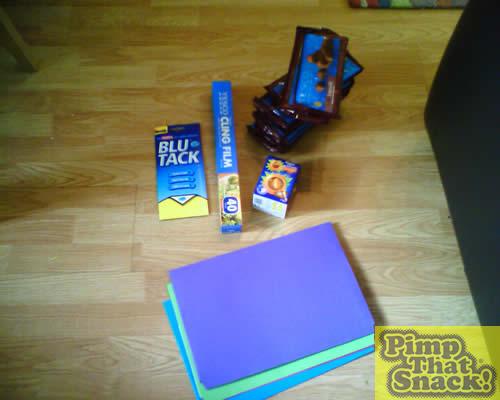 The first thing we did when we got home was make the house impregnable to
Dawn French. Then we began the project. We fashioned some moulds out of
cardboard from the house, a chopping board, some bluetak, selotape and half
a loo roll. I think I should have been an engineer or a blue peter
presenter 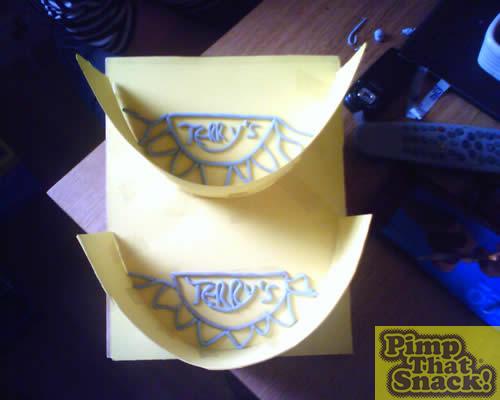 Then we melted a couple of the chocolate bars and mixed in a teaspoonful of
the extract. it is worth mentioning that this recipe makes identical
flavoured chocolate to that of "Terry’s" but will make you sick very quickly
if you keep licking the spoon!

We poured the orange chocolate into the moulds and popped into the freezer
to harden and then over 3 days repeated the process. 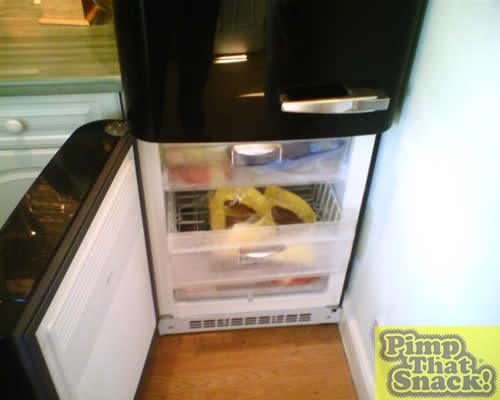 Once I had enough wedges I glued them together with more melted chocolate,
by this point the smell was beginning to make us nauseous. But as true
perfectionists do we continued onward. 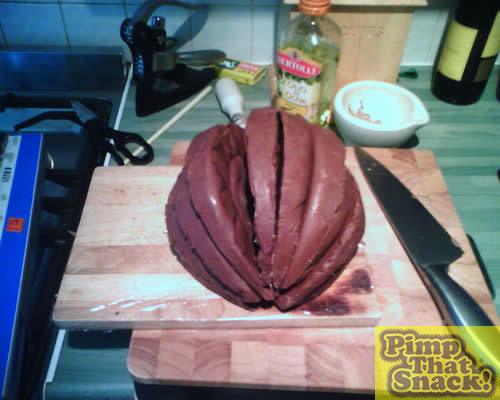 We then flipped the first half and began the second half. the whole
segmented shape was coming together. 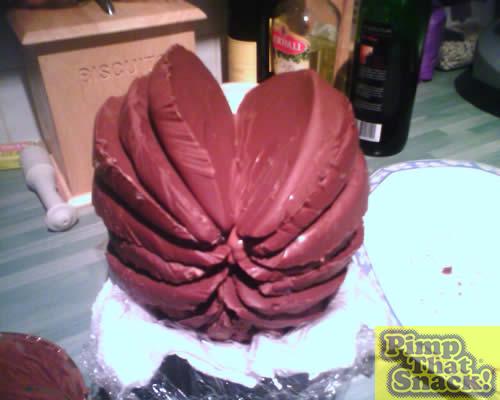 We then had the complete 4.5kg chocolate orange. It was at this point that
we realised it would not be complete without wrapping it. We found some
dubious tiger print wrapping paper in the loft and fashioned a giant sticker
to complete the project. 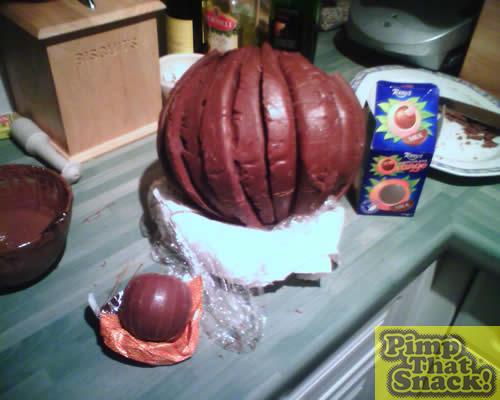 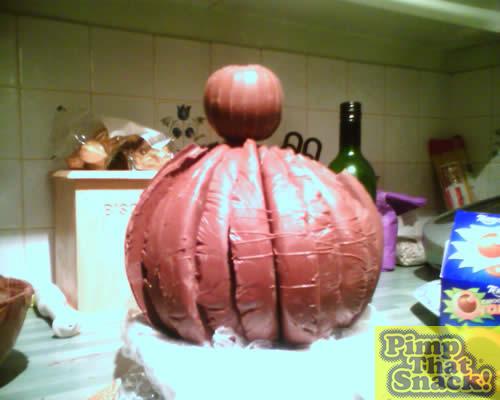 The final problem is that if I ever see any orange chocolate again I will
hurl anyone interested in a giant Terry’s chocolate orange should give us a
call now! 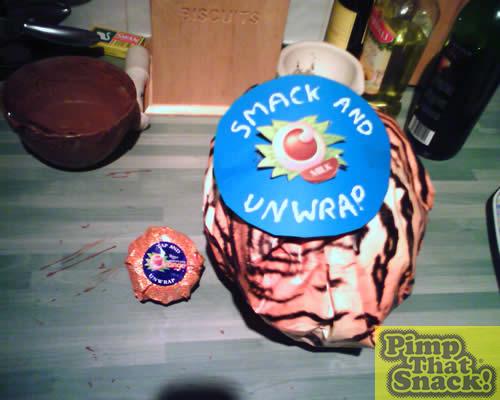