An Aussie favourite, similar to a bounty, but with cherry as well as coconut.

I didn’t try any packaging, it was a Sunday night and really couldn’t get inspired.

This bad boy cost about $30 to make, using cadbury 70% cocoa chocolate – they don’t appear to do home brand chocolate in the supermarkets here. 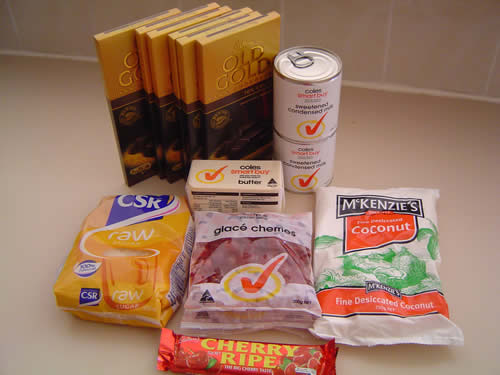 None of the butter, sugar or condensed milk in the pic ended up going in, it wasn’t needed. The milk was recommended to me over egg to hold the filling together, but that proved to be sticky enough on its own.

1. Half of the choc was melted down and placed in a tray, left to set for an hour and a half in the fridge. 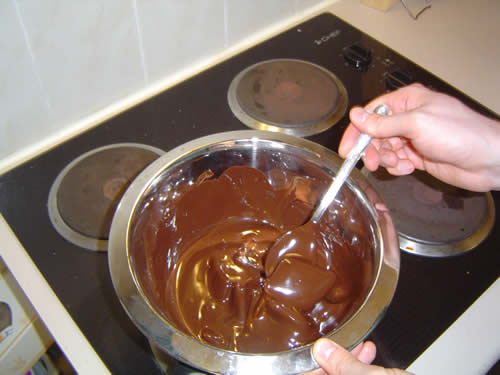 2 Then took my glace cherries and blended them into mush, put into a mixing bowl and mixed in the desiccated coconut. I used about 2/3 of the coconut I think, taste testing as I went along to keep it real to the original. It tasted the same. 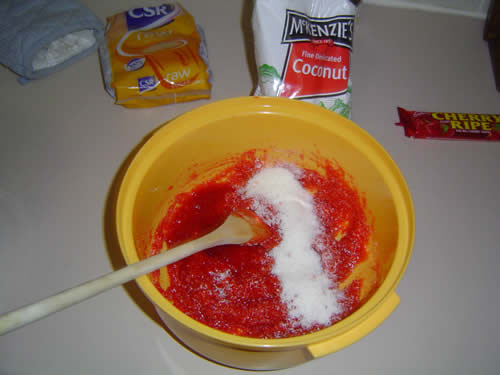 3 Then placed some blocks of the remaining choc around the edges of the now set base as a temporary rim, put in the cherry/coco filling and spread out evenly. 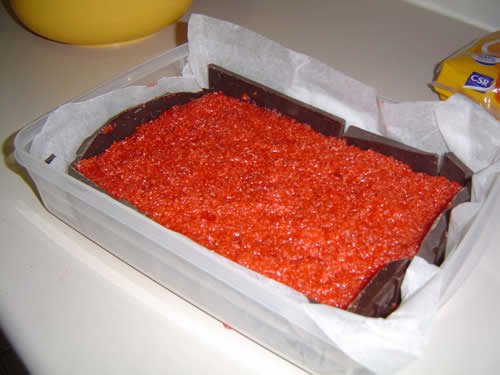 4 Back in the fridge for a while, to let the coconut set. The rest of the choc was melted down, the temporary blocks removed from around the edges of the now mince meat looking filling.

5 The hot choc was poured over the top and over the gaps left around the edges to form the sides of the bar. 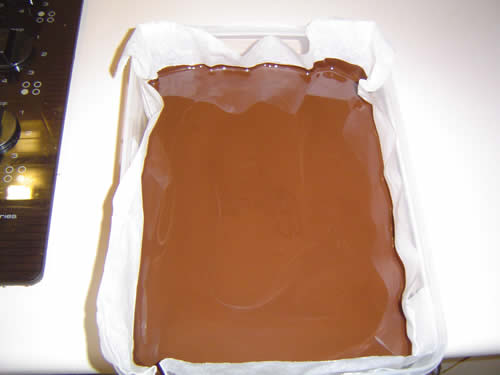 6 Back in the fridge over night, morning pretty solid.

Then began the inaugural pimped out category of our quarterly work bake off. Its still in the fridge at the end of the week, about a 1/3 left. Its extremely rich being 70% cocoa and is only really manageable in small doses. And lots of people will deny the cherry ripe taste yet still mess with the marmite… 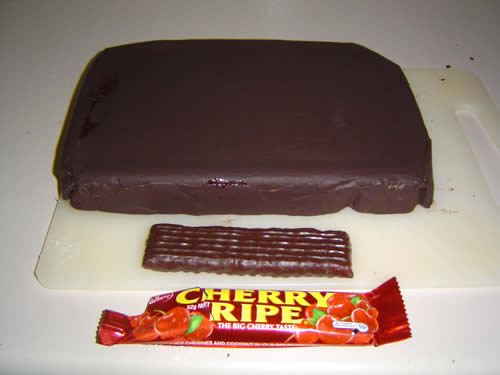