I can’t really giving cooking instructions you could follow. I bake in the free jazz style of cooking. Put on some Albert Ayler, throw the ingredient to make a cheesecake together and then paint to look like a Party Ring. Don’t measure things, improvise, just put them in til it feels right and see what happens. Also, cutting out the hole in the middle is quite hard. You aren’t not allowed to plan how to d this ahead of time. It has to be improvised. When you bake it you need to put it in a oven until it’s cooked, i dunno how long that will be, i guess it depends on how much of everything you put in there, just cook it til it’s cooked and it will be fine. 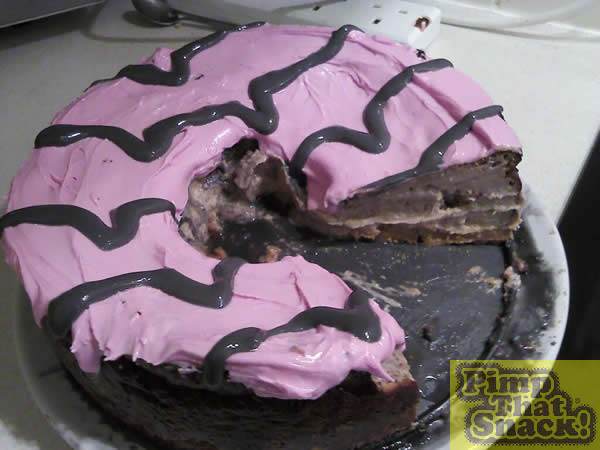 To be served with hot, melted dark chocolate (mixed with a little cream or milk to keep it liquidy), warm vanilla custard and cold double cream and to be immediately followed with a strong coffee and cigarette. 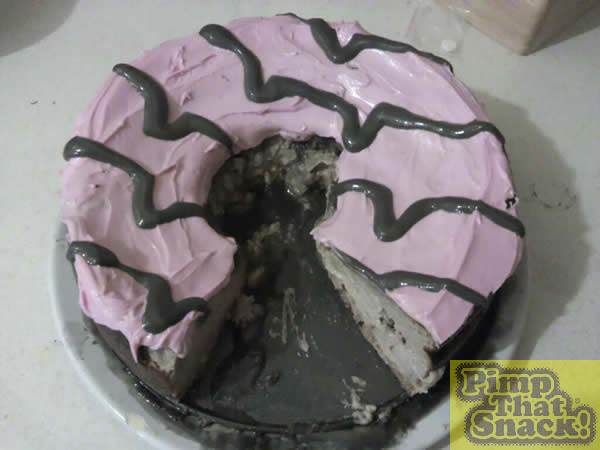 The stuff cost me about £20 and the cheesecake turned out to be quite big (and i have loads of stuff left). The picture shows the cheesecake minus 4 servings (inc the centre hole). Maybe £2 a slice would turn a little profit