The main problem we had was a loose grip of the recipe when we started. Apparently hazelnuts, and hazelnut cream, don’t exist outside the little pods of kinder bueno chocolate bars, and so we had to work off an Italian recipe, translated by google ("Meanwhile, heat the milk, which will add a teaspoon of flour, egg yolks, sugar and two tablespoons of the chopped hazelnuts.") and buy whole hazelnuts from M and S. 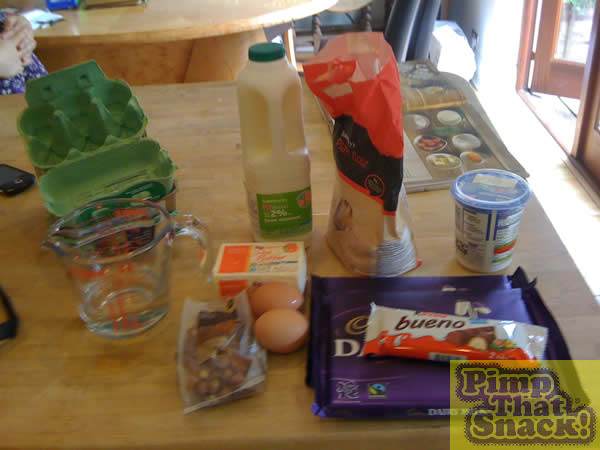 The team of Beth, Daisy, Daisy, Merry and April respectively have little to no knowledge of anything but cooking cakes and eclairs, so if you raise any eyebrows at our methods: that’s why. We’re all 15.

We started by melting our huge bar of chocolate. We didn’t melt it in a hot water bath, because we didn’t have a bowl big enough. We left this to thicken while we were cooking everything else. 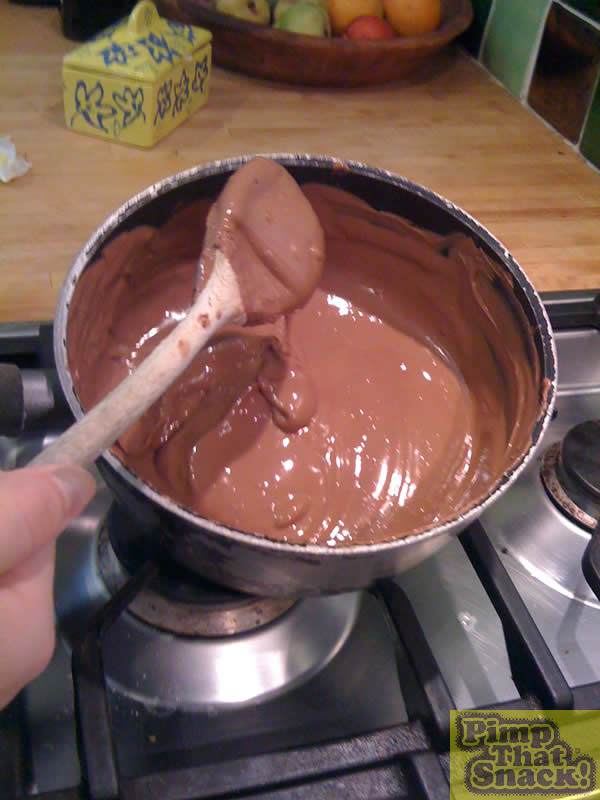 Then we made 2 massive trays of chue pastry (I don’t even know how to spell that) as an obscure alternative to wafer, and posted it into the oven. Unfortunately one of them went a little bit hilly, so we photographed the other, then gently pushed them both flat. 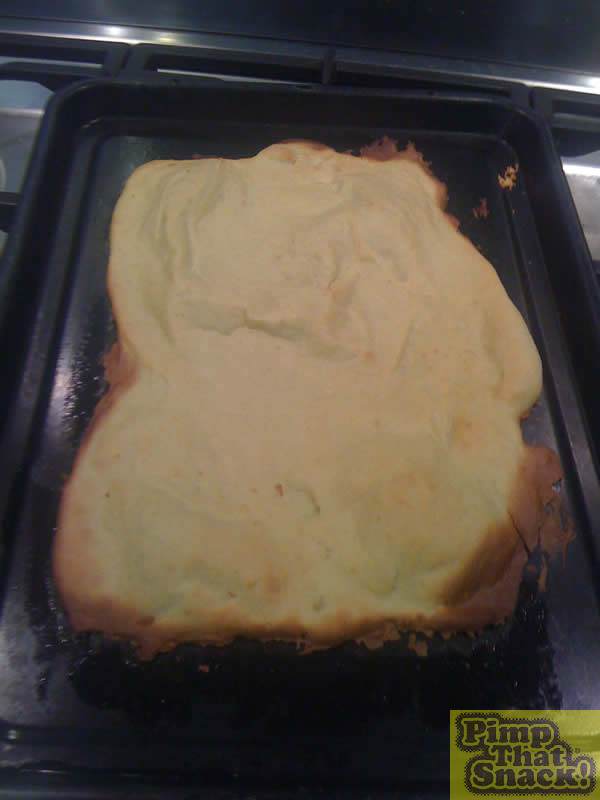 Then it was time to try and make the filling. We followed the Italian recipe to a degree, but found that 70g of hazelnuts in some ways object to being crushed all at once in a mortar, so most of the nuts, when we’d finished the cream, had to be sieved out. 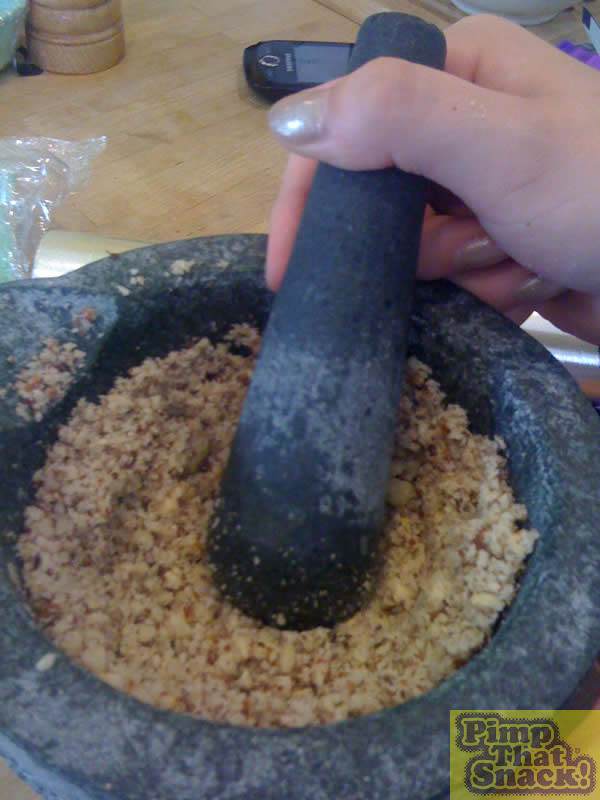 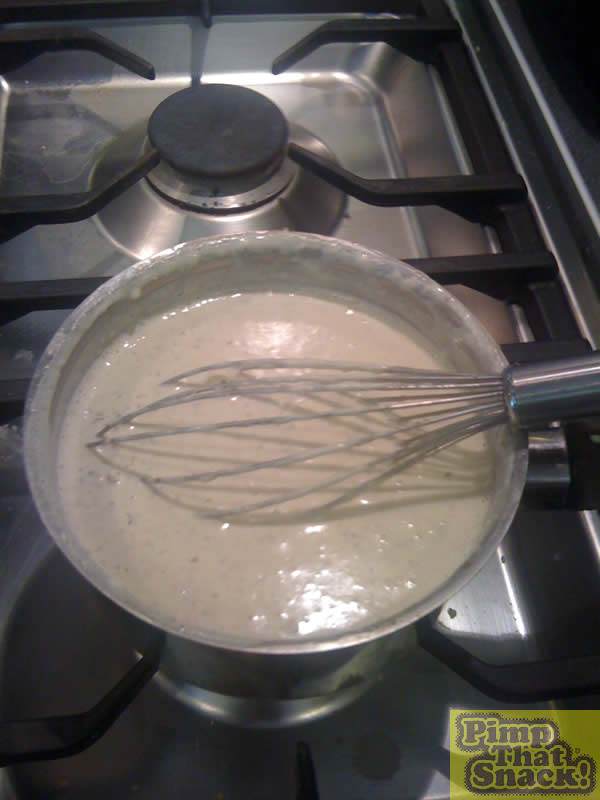 We heated the cream with the nuts, and some sugar, then, as a surprise ingredient, 100g of corn flour. To be honest, the cream was kind of gross, but never mind.

We could then assemble it. We lined 4 egg boxes with cling film, and spread them with the thickened chocolate. Then we cut the chue (chu? shue?) pastry into rectangles, to fit the boxes, and pushed it into the chocolate. 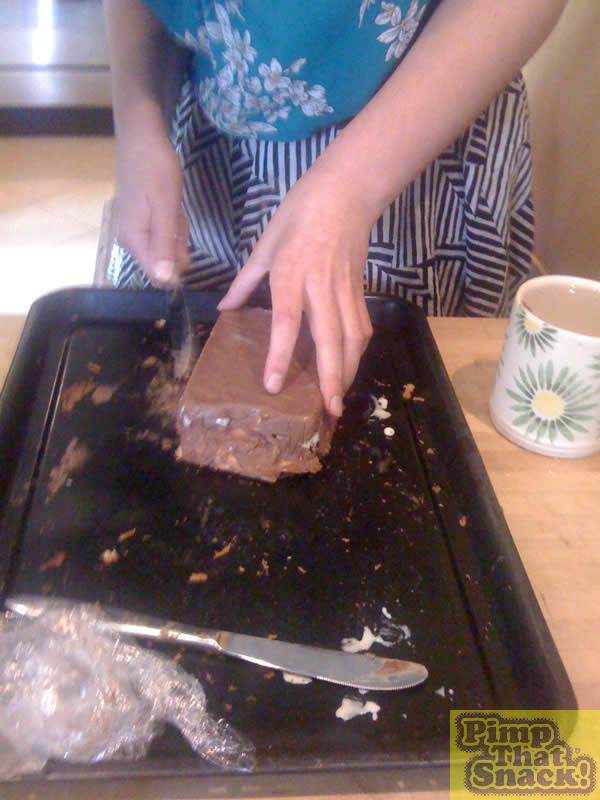 We then filled the boxes with the kindofgross cream, and pushed a top of pastry and chocolate onto it, and put them all in the fridge for 30 minutes. We then took them out and arranged them for the picture. Voila! A very brawny bueno. 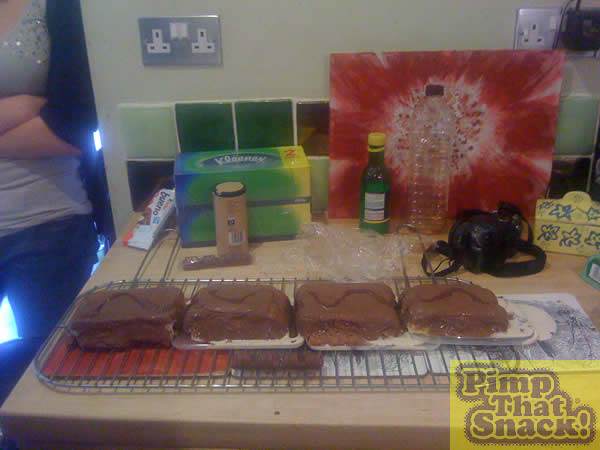 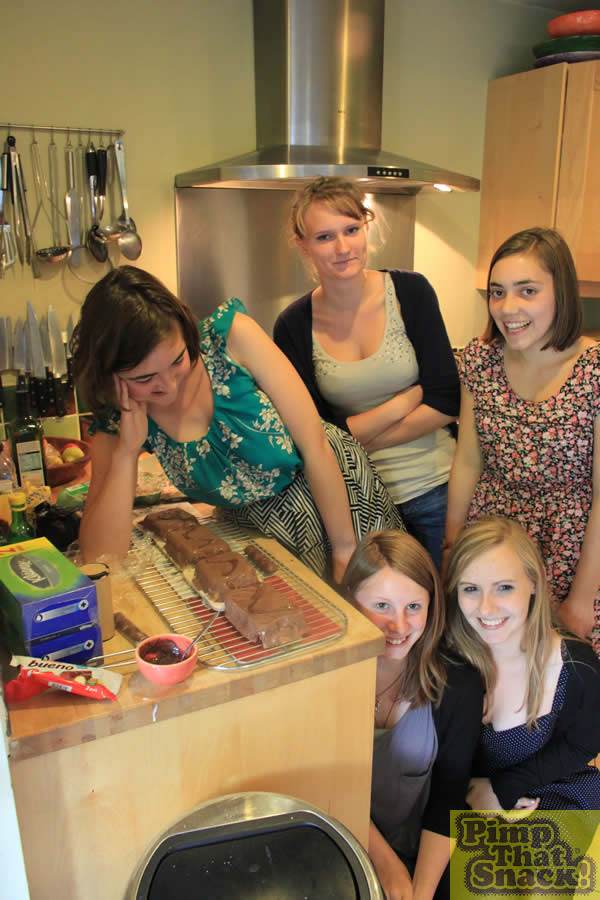 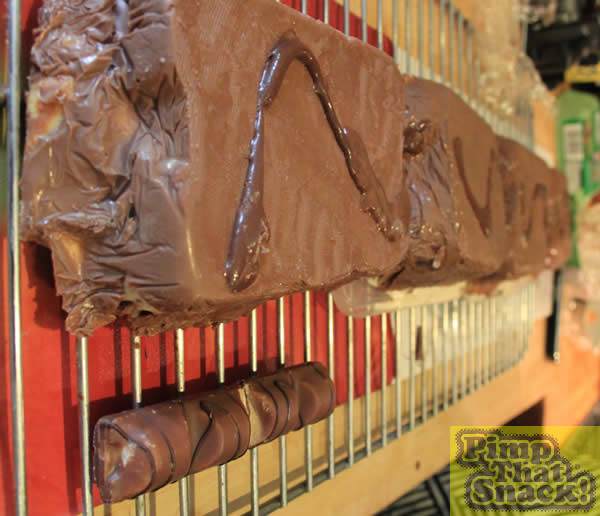