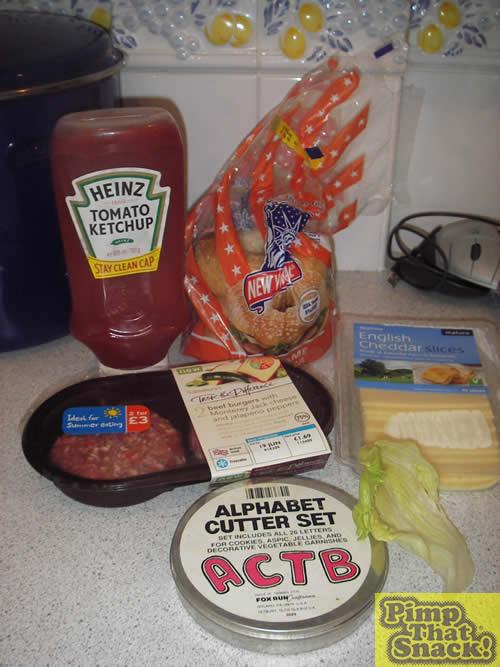 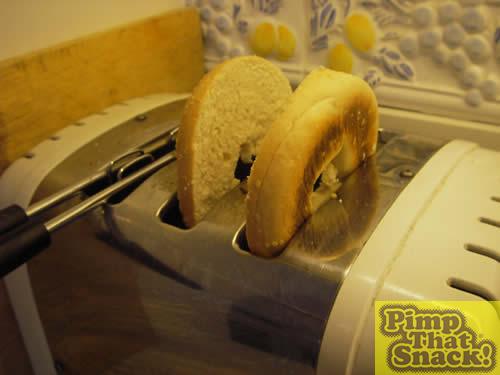 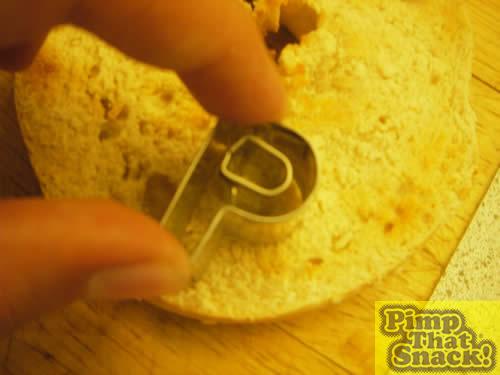 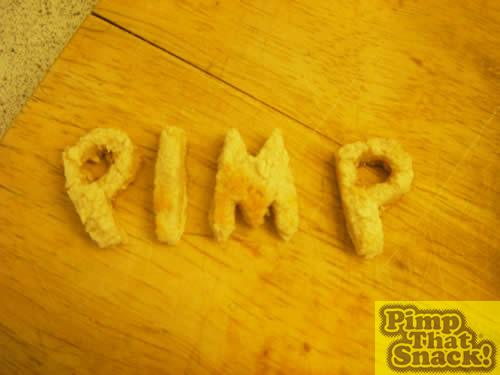 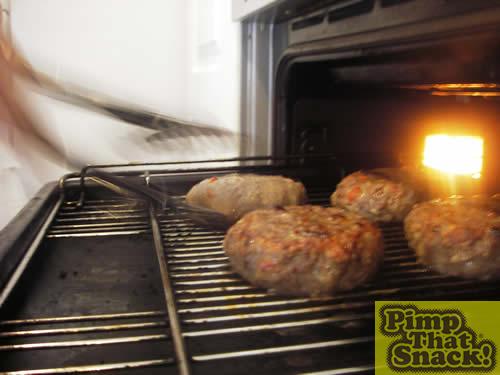 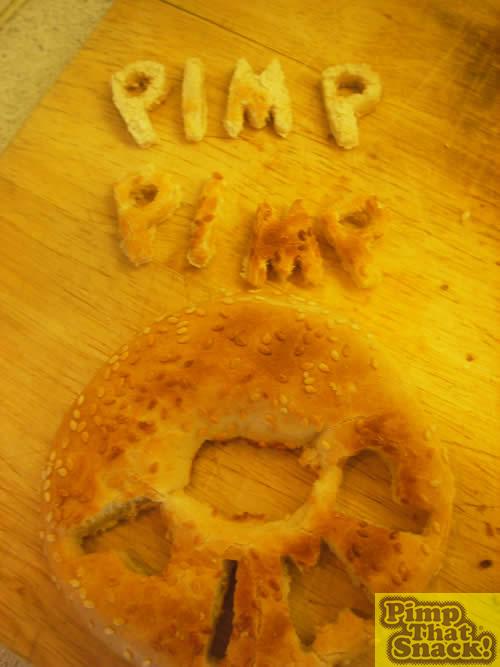 Allow idea to pop into your head to have a thin slice of tomato; Bound over to mum asking if we have any cherry tomatoes; rejoice when the answer is yes.

At this point I suggest you find someone with a big sharp knife and dexterity. That is the important part. 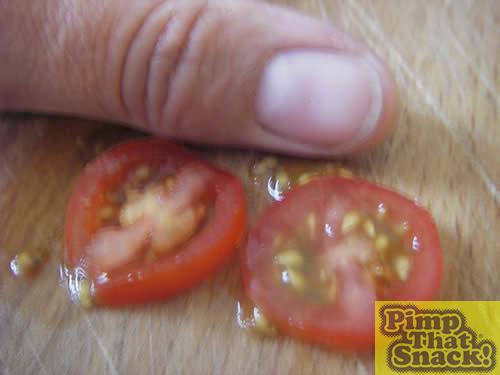 Cut ridiculously thick burger in half and then attempt to cut out letters, once again without getting burns in the shape of the word PIMP, as cool as it would be I would rather not have them.

Add to the fantastic arrangement from before: 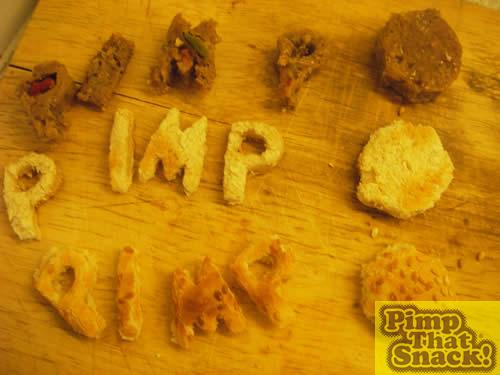 Paste Ketchup or mustard onto your stupidly small pieces of bagel, tear a tiny piece off of the lettuce and add to burger, with a small square slice of cheese.

Oh did I forget to mention I was also making a mini normal burger too? Oops. 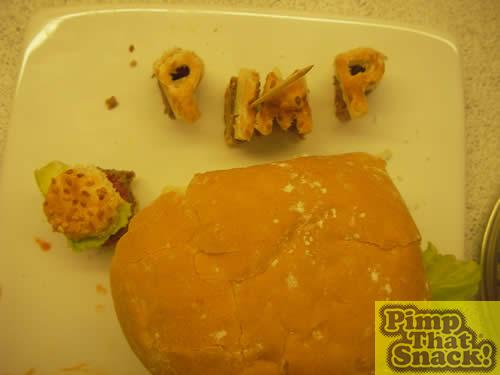 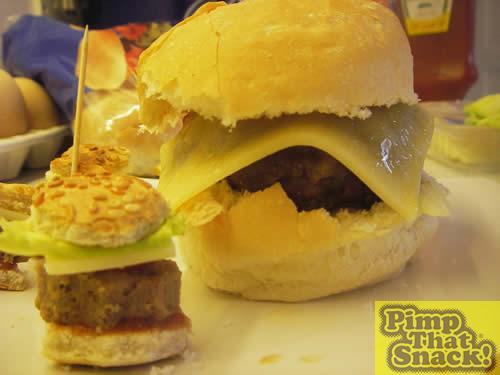 You will notice I had to plunge a cocktail stick through the letter “I”. This is due to constant collapsage.

I then wolfed down the bitesized beauties pausing for a moment to allow pictures to be taken. Yum.

I think now that I will always have a burger in a bagel… it tastes great!

Estimated cost… about… 2 quid? This is based on the fact that it is so small, perhaps less.