As a child I adored bourbon biscuits, I remember being very embarrassed as a teenager hearing my mother telling someone “Oh she’s anyone’s for a bourbon”.

As a thirty-something adult, wife and mother of two I still love bourbon biscuits so they were my obvious first-pimp choice. Being a relatively accomplished baker of biscuits already I didn’t have to do too much research into the best dough for the biscuit part – it’s Saint Delia’s gingerbread man recipe only without the ginger and with the addition of plenty of cocoa powder. It won’t be man shaped either but I guess it’ll be man-sized 😉

I have no idea of the cost of this pimp as I had all the ingredients at home anyway.

First step was to gather together the ingredients – I have these all at home anyway so I didn’t even need to leave the house 😀 (except for an emergency trip to a neighbour as I didn’t think I could pimp a bourbon without any cocoa!!!) 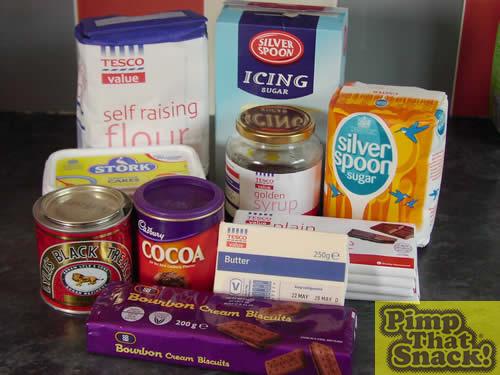 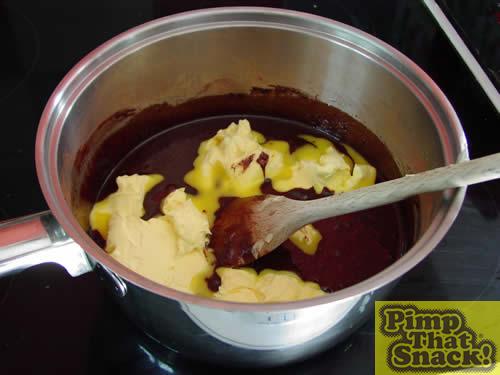 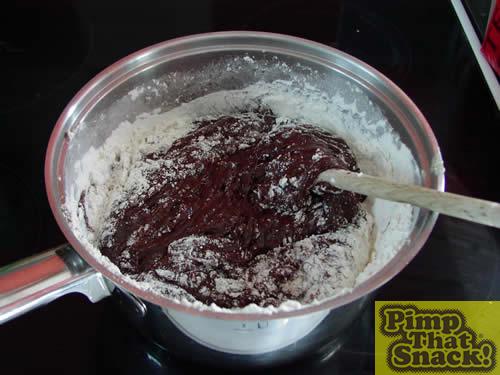 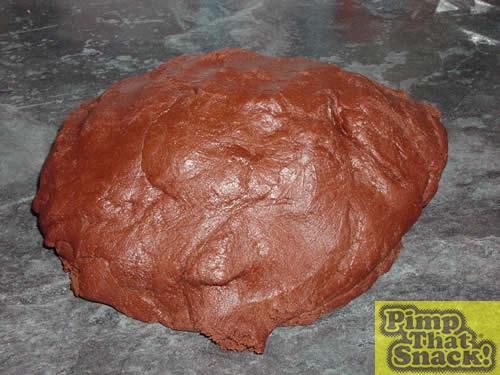 The dough ended up looking scarily like something we’d seen this morning as we walked across a field of horses while geocaching ( www.geocaching.com ) 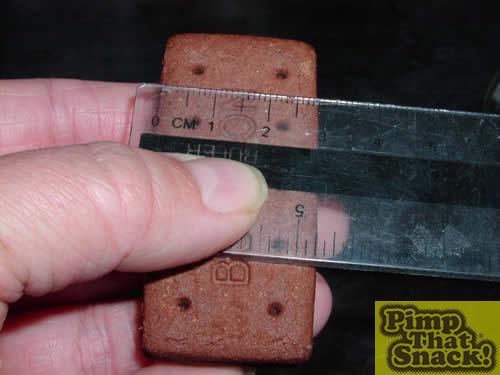 I rolled the dough out to the required size and cut out the two rectangles – if you’re interested a ‘normal’ bourbon is a little over twice as long as it’s wide at about 2.9cm x 6cm – mine ended up being 15cm x 32cm approx.

The cut shapes were carefully transferred to baking trays lined with baking parchment ready to go in the oven. I decided on a slow baking at 160C so they cooked evenly. 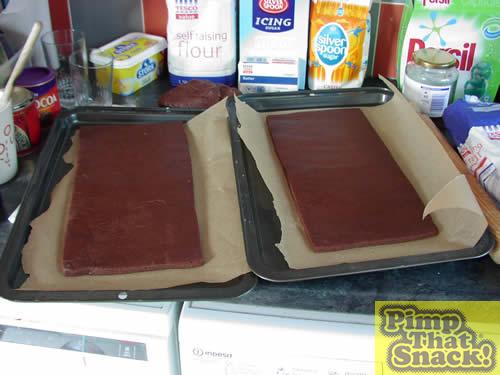 I had no idea how long they would take to cook as I have never baked anything on this scale before (funnily enough!) 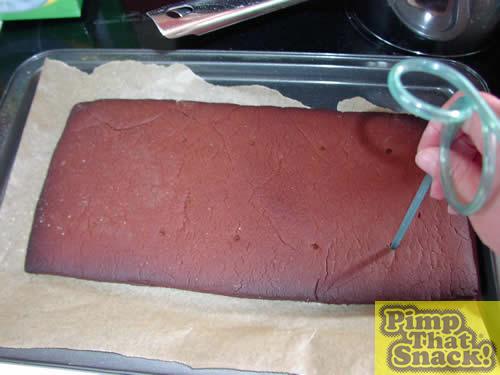 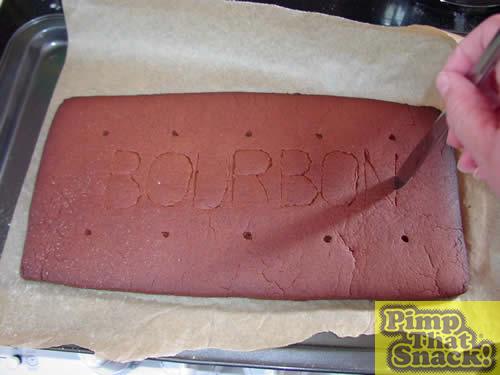 Once they were finished baking I took them out of the oven to cool and set about making a filling for them. I decided on a mixture of butter icing and melted chocolate 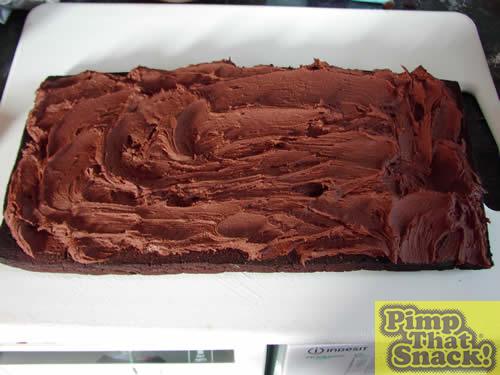 The finished biscuit is an awesome sight and seriously dwarfs the original. I weighed them both – original bourbon: a very tasty 13g, my pimped behemoth bourbon: a pimptastic 1355g – over 104 times heavier!!! 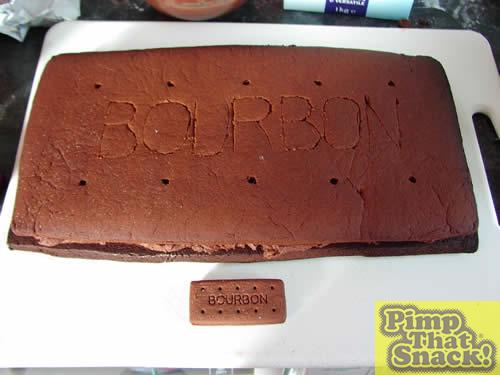 Now all I have to do is explain to the rest of the family why they’ve got no tea! Pudding’s sorted though I guess. The boys look happy enough with their tea 😉 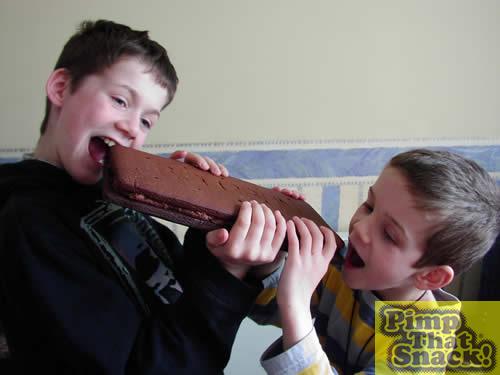