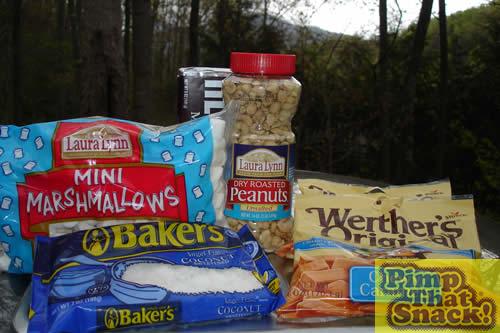 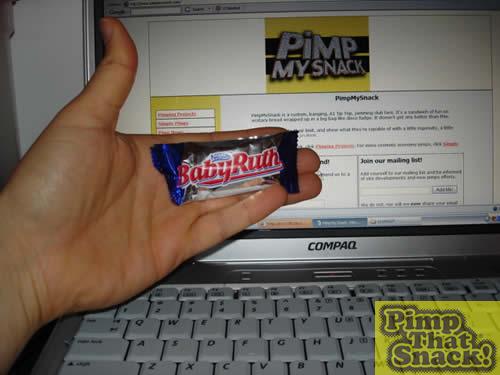 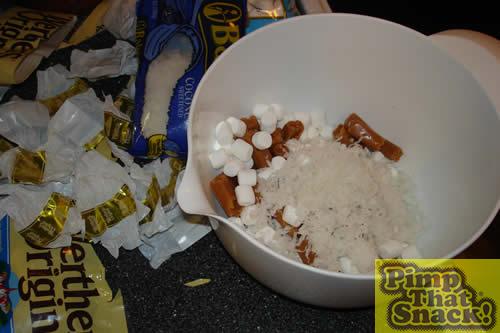 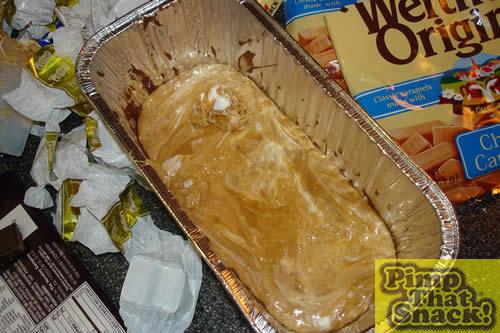 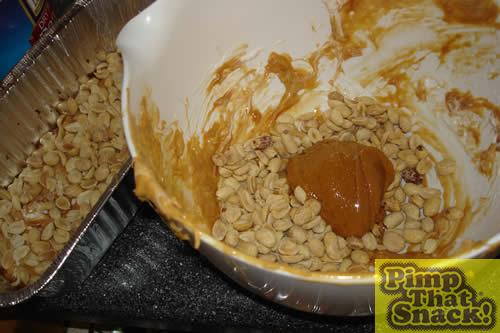 Second time melting chocolate I experienced the wrath of the microwave, and then the joy of returning to the store for more chocolate. 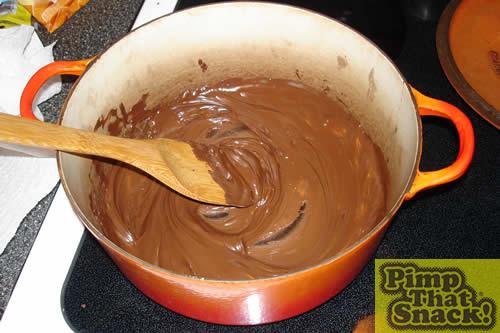 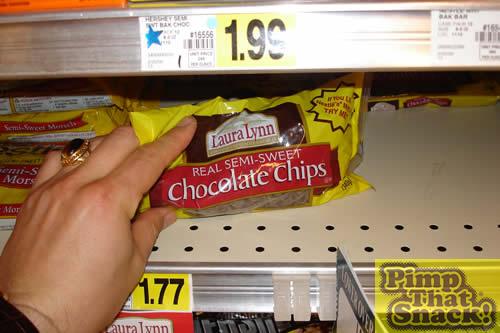 Notice big pimpin’ ring. This ring is also an indication I’m not really from here.

This time, I decided to do it the old-fashioned way, which worked better for me than the microwave did.

More chocolate on top and then back into the freezer it went. I can’t get into “Quote/Unquote” – Maybe it’s too British for me. Turn BBC over to a CD, Fugu. 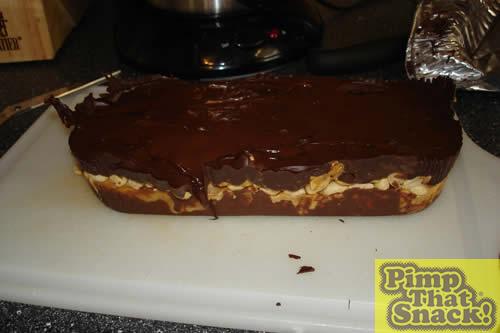 Out of the freezer it looks pretty good, just needed a side layer of chocolate and back in the freezer for a minute. 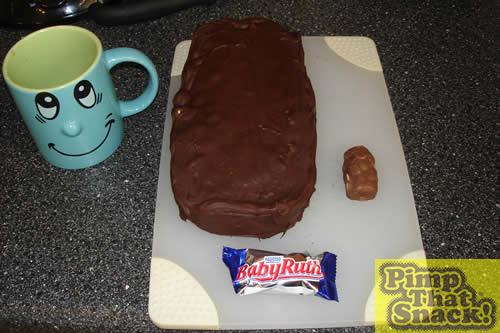 Gigantic Ruth presents itself. Now I need only pick up that big knife… 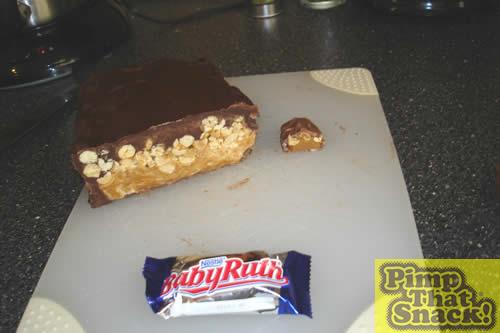 Voila! Colossal Ruth is ready for my co-workers tomorrow.