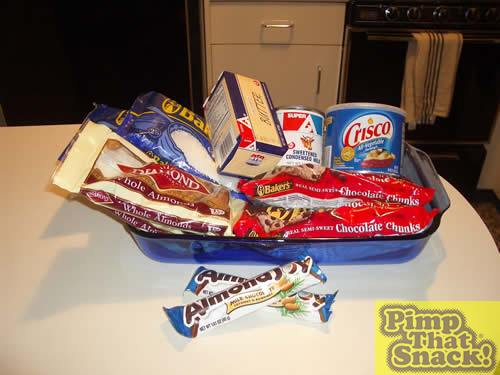 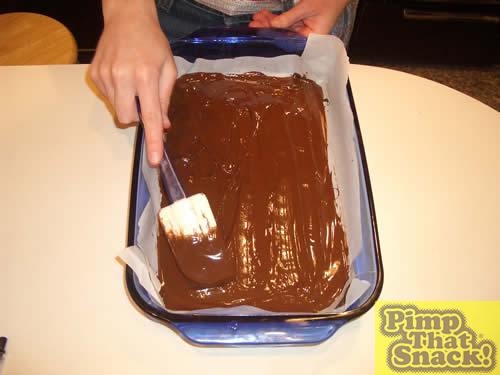 It’s not called almond joy for nothing! Almonds toasted and ready! 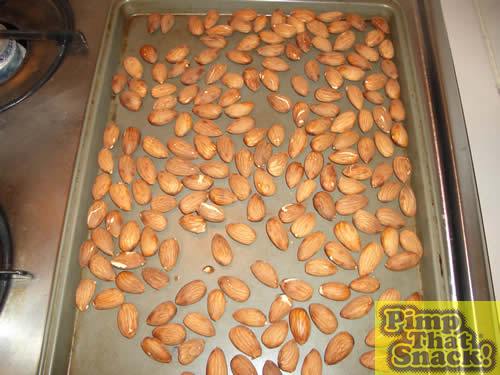 A couple hours later, the coconut is ready to go on the chocolate base. It still seemed slightly too liquidy, but wasn’t warm anymore, which has to count for something. We just sort of mushed it into formation and then set the almonds on top. We had wanted it to look like the original candy bar with the two almonds. Being that they don’t grow almonds the size of pineapple, we had to just group the almonds together in order to imitate a large almond look. 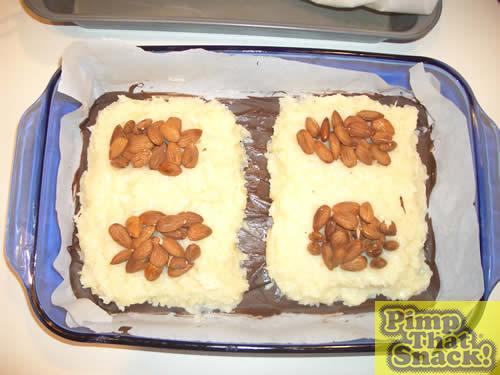 Of course, pouring the still very warm chocolate over the coconut wasn’t a good idea and mushed everything together in the middle. The almonds also sort of lost their formation and turned the whole thing into what looked like a Mounds candy. Oh well, back to the fridge! 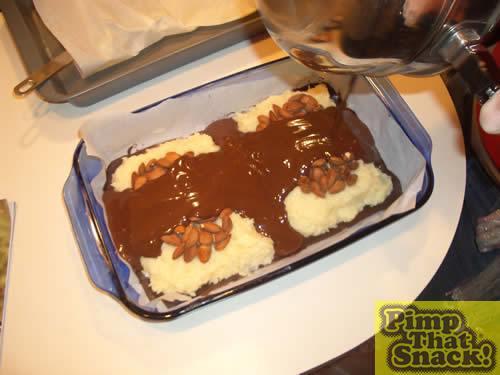 After several hours, it seemed ready to come out of the fridge for good. We split it into two pieces. Almond Joy has two pieces per package, so we wanted to imitate that aspect as well. Cutting the chocolate apart was interesting and sort of difficult. And finally, the cross section photo, which unfortunately came out slightly blurry. The most important part of this project was, of course, the taste test! Ours tastes better! The comparison candy found itself in the trash after we ate part of ours. We think the original tastes like too much fake coconut. Our friends agree, who gladly helped us eat it the next following days. 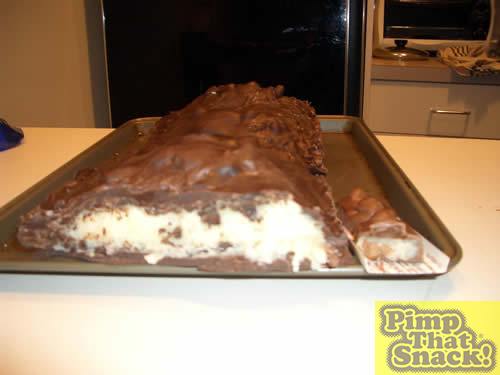 This project cost us about $17.00 and thousands of calories.
Melted, Fridged, and Submitted by: Chad and Lauren