We’ve been a bit quiet since the m&m, but we’ve finally got round to
doing another pimp.
Id like to start by saying shortbread is a hell of a lot harder to bake than
youd think.
We decided to just go for out and out size with this one, so we chose
something we thought would be quite easy to do on a large scale and a
chocolate finger was an obvious choice.

We wanted to make it 6ft long, so bought a box of fingers and did some
precise measurements and scaling to see how much ingredients we needed.
Using a recipe found on some cooking site for shortbread, we headed off to
the biggest tesco in the area (we wanted asda, but our local is shut at the
moment 🙁 ). To say that walking around with a trolley load of flour, sugar,
soft spread and chocolate makes people look at you weird would be a bit of
an understatement. 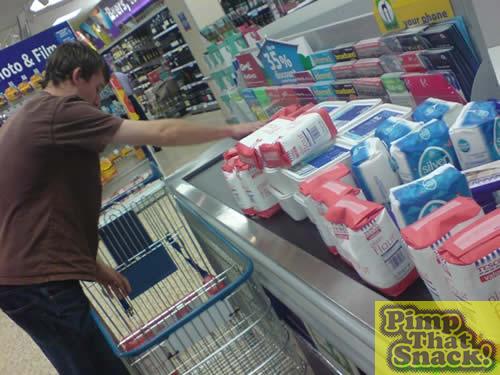 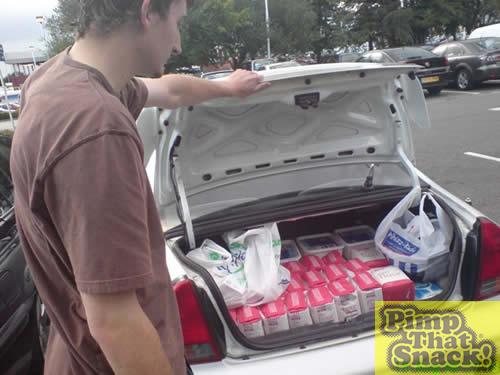 Once back in the kitchen we soon realised that mixing all this was going
to take a while, and that we needed reinforcements. Phoning as many people
as we could, telling them so bring their own bowls we soon had a few more
people who, with the exception of rachael, were completly useless. 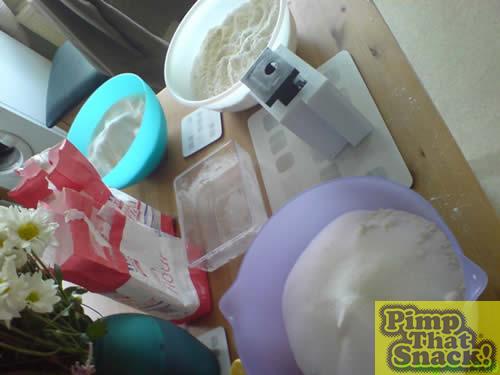 Mixing didn’t actually take as long as we expected and we where soon
shaping it into the finger. Once moulded we carefully cut it into 6 even
sections that would fit in an oven, then proceeded to commandeer peoples
ovens. The sections were in the ovens for at least 8 hours at gas mark 3.
During the backing process the sections dropped and sort of took their own
shape that was completely different to how they went in. They were then
placed on two separate planks of wood and trimmed as best we could back into
the original shape. 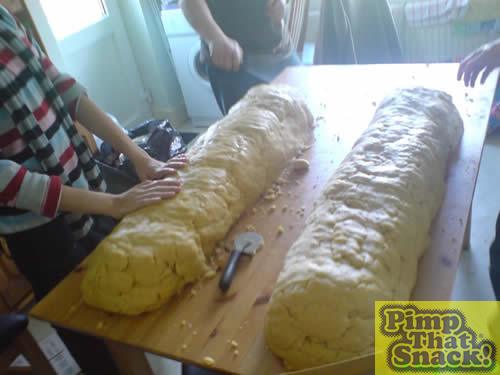 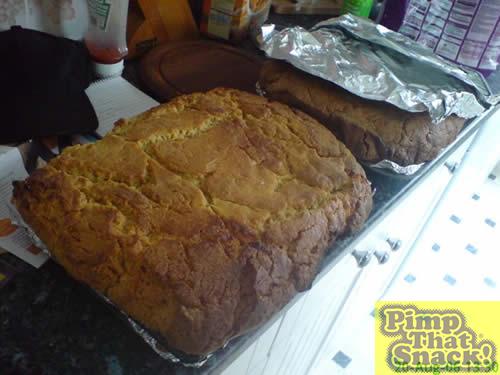 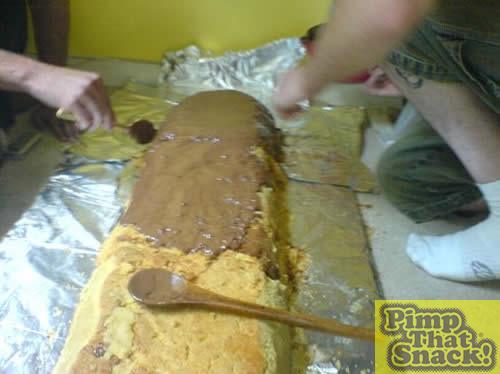 With the shortbread sort of looking right, we started melting all the
chocolate and pouring it over the top. The final thing was to trim the
excess form around the sides and generally try and pretty it up abit. 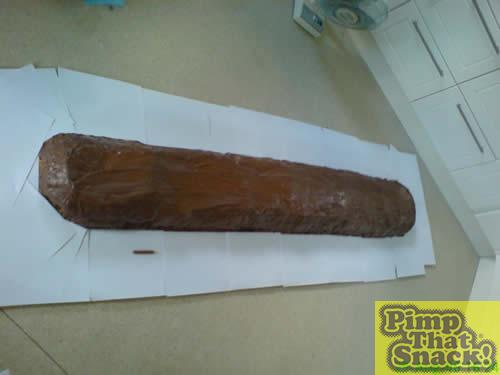 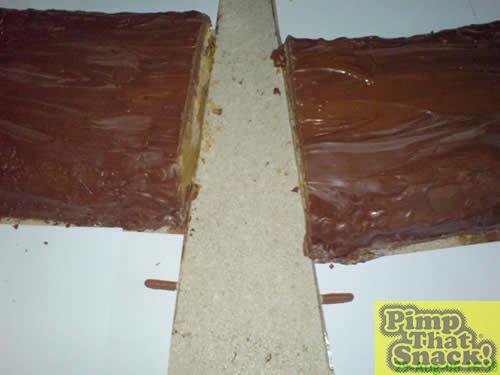 It’s not as perfect as we were hoping or expecting, but after a couple of
days, to say our enthusiasm was low would be a bit of understatement. and i
appologise to johns mum for the mess we made in her kitchen