After watching the F-word on TV, we were inspired to create a pimped up snack, so after checking the site we decided that the previous Mars bar attempts could be vastly improved upon. We trialled various recipes for the caramel and nougat layers, but eventually settled for the following ingredients: 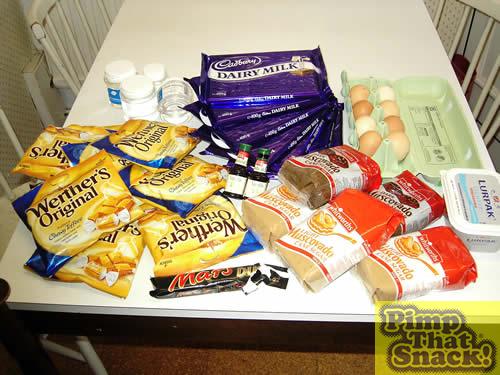 We began the pimp, creating a rectangular cardboard mould by scaling up the dimensions of a regular bar, and then coating the inside of it in clingfilm.

The first step was to create the creamy chocolate casing, which would hold all the goodness inside. This involved melting down the dairy milk, and elaborately balancing the mould (using table mats and cookbooks) so that each side could set. 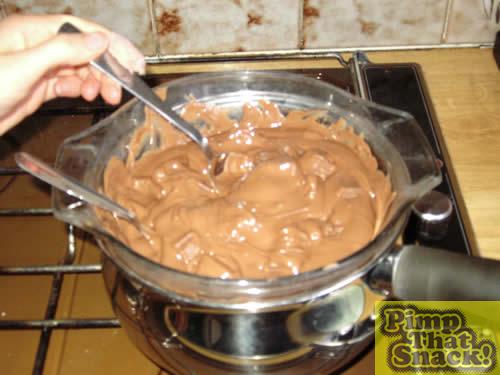 Waiting for this to dry, we set about making the wrapper for our mega massive mars. The black plastic sheen of a bin liner was perfectly suited to the task, so our artistic skills were used in painting the logo. 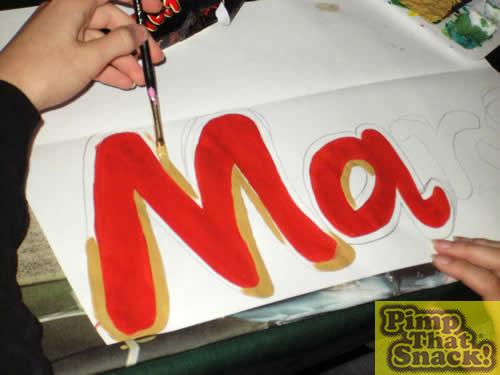 We now faced the near impossible task of re-creating the notoriously top-secret nougat recipe. We decided the best place to look would be the internet, and within minutes found the mysteriously named "Divinity Fudge" recipe. This involved boiling up glucose syrup, sugar and water and whisking up egg whites, then combining the two into a glossy, tacky mixture. We poured it into our chocolate shell, repeating the process twice more, to fill the mould 3/4 full. 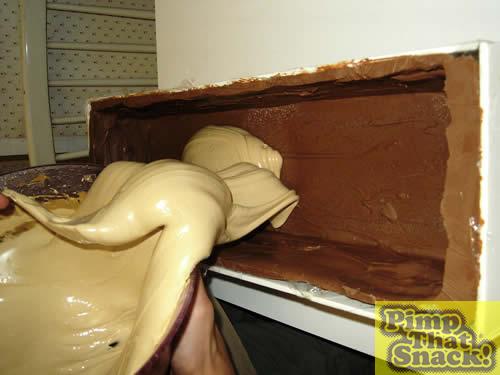 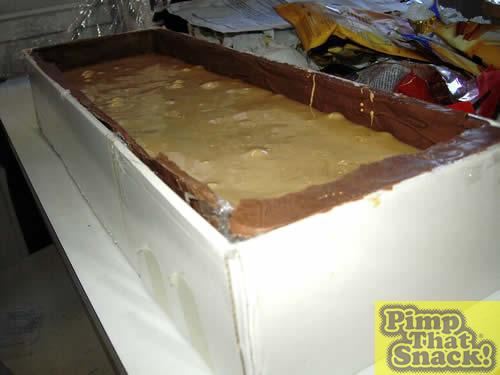 The third component was the caramel. After many hours spent boiling sugar and water to horrible burnt messes, we gave in and finally settled for the good old fashoined method of melting Werthers chewy toffees in the microwave.

Being impatient, we decided rather than waiting for the nougat to fully set and pouring on the caramel, we would create a sheet of toffee gloop to balance atop the bubbling nougat beast. 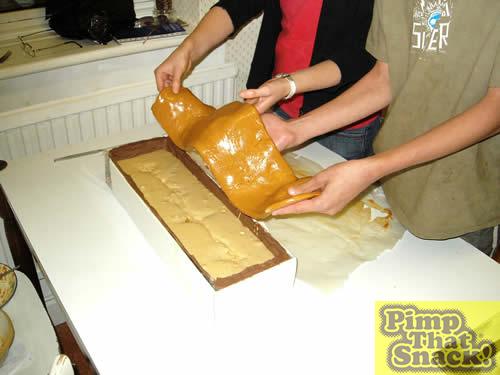 Hastily not wanting to watch our treasured caramel sink, we melted up more chocolate and tipped it on top. 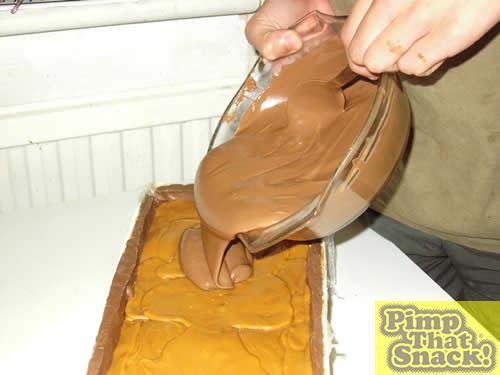 Ironically that evening we watched a documentary about volcanoes, but little did we know that the following morning when we came down to check on our beloved creation, that the angry nougat would have ferociously melted through both the caramel and chocolate layers, to erupt through the top, spilling over the edge of its crater.

Dairy milk to the rescue! As quickly as possible, emergency chocolate supplies were melted down, then poured over it, craftily covering the gaping hole…

Luckily once set all mishaps were soon forgotten, and after cutting away the mould, warm feelings of gratification and happiness were felt by all, in a way that can only be acheived using several kilograms of chocolate and other sugar based products. 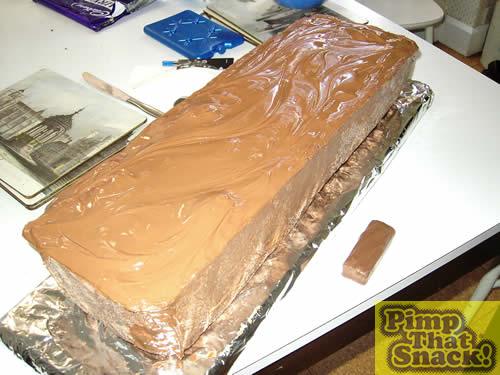 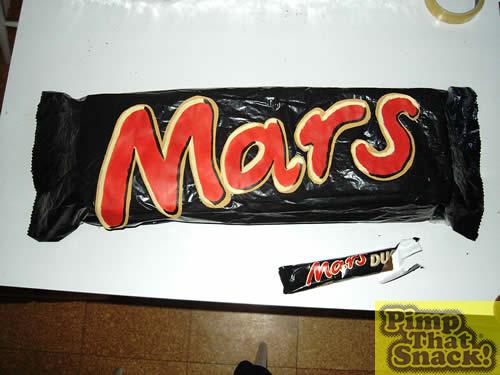 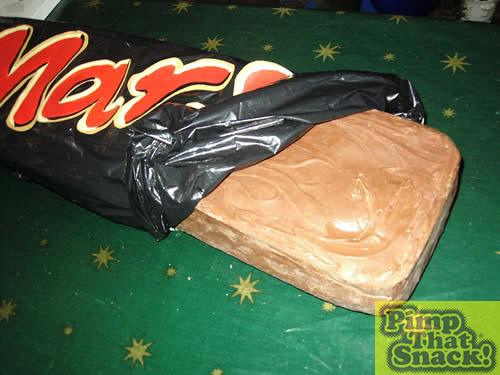