The hardest part was procuring a teeny weenie original to copy â€“ do these things sell below the border? Many minions were dispatched to the land of porridge and The Proclaimers â€“ and lo â€“ a triumphant minion returned bearing the bounty we desired. The pimping was ON! 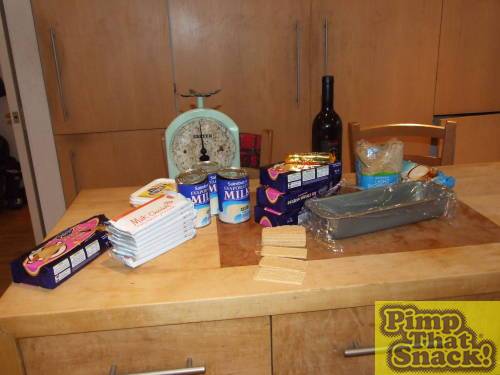 Firstly â€“ caramel â€“ following a time honoured traditional Scottish recipe â€“ ta Bec’s mum, we made a whole saucepan of caramel. We had a slight issue â€“ the wrong kind of milk had been purchased, curse Becky and her short term memory. Onwards we soldiered over a hot cauldron thickening the cursed runny evaporated milk. We stirred for ages looking like the Witches from that Scottish play (minus one) and eventually our hocus-pocus was rewarded. The caramel was ready. 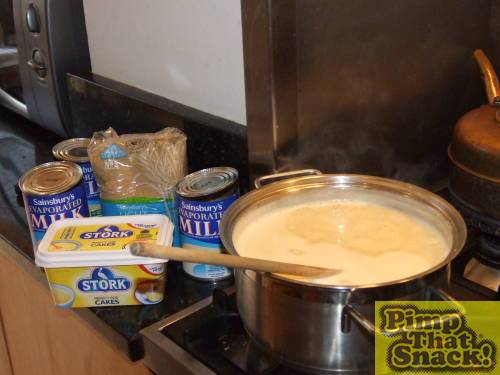 We let the caramel cool slightly whilst we set about creating the wafer centre â€“ a simple wafer caramel sandwich. We decided to use an overlaying technique to provide structural integrity. Much gluing later our tempting wafer centre was complete. We gave the whole creation a few minutes to cool down and stick together as we were worried it may fall apart as we turned it. A fear that turned out to be well founded â€“ nothing that some more caramel couldn’t overcome, mind. Frankenstein’s Tunnock’s inspired monster lived. 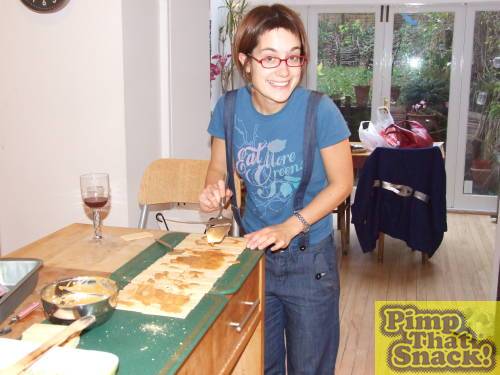 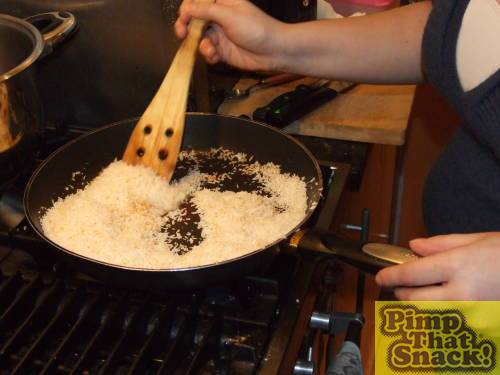 After melting enough milk chocolate to fill Loch Ness we got to sloshing it over the wafer. Once it was evenly-ish covered we liberally sprinkled with coconut; once all sides were finished, we stood back and admired the fruit of our labour. Beautiful. A masterpiece of pimping. A testament to what could be achieved in a single Sunday afternoon. 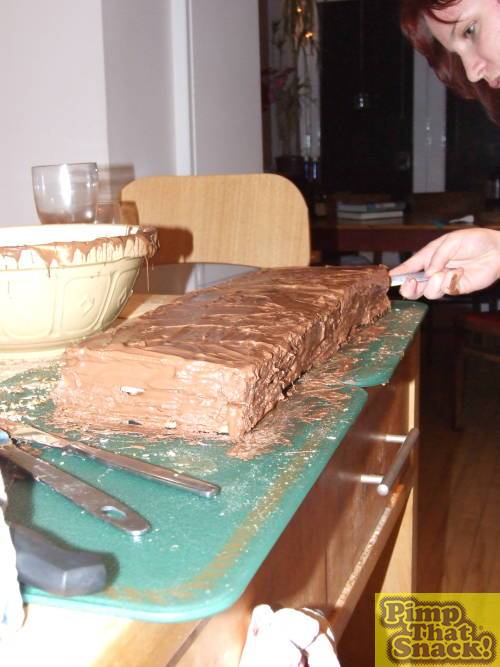 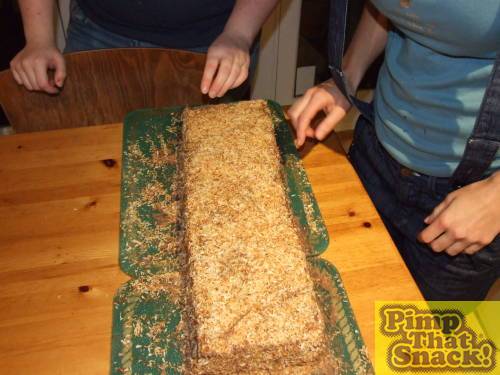 Whilst our baby was given a final chance to rest and glue itself together, we set ourselves the task of creating a monster wrapper â€“ you would have thought that two engineers would be capable of a simple scaling exercise, unfortunately you would be wrong. Much bodging later and the beast lay slumbering in its giant gold paper wrapping. Becky and I retired to finish off the mulled wine and wonder what our work mates would make of the gift we had so lovingly created from them. 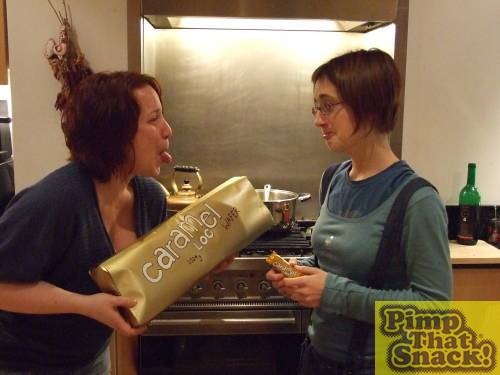