After having a look through my cupboards for inspiration I was torn between McVities Chocolate Brownies, or caramel shortcakes. After thinking about it and the amount of preparation involved I went for the shortcakes. 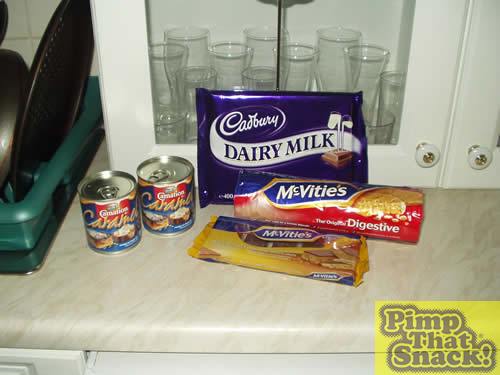 I was expecting to have to caramelise the milk myself, which I was all prepared to do after looking for caramel recipes, but when I got to the supermarket I found that there were cans where it’d been done already. Result!

Now to making it. It can take forever to break up biscuits (I know this due to another cake I make from time to time), and I’d been toying with the idea of getting a food processor for a while, so prior to this project I popped down to Argos and got myself one, and did it make life easier? Well, yes, but I ignored the line that says MAX and managed to get a large amount of biscuit crumbs all over my floor and kitchen worktops. Ah well. Anyway, once you’ve got the biscuits down to fine crumbs, put them in a bowl and add a can of condensed milk. Mix it in until it’s all nice and stodgy. 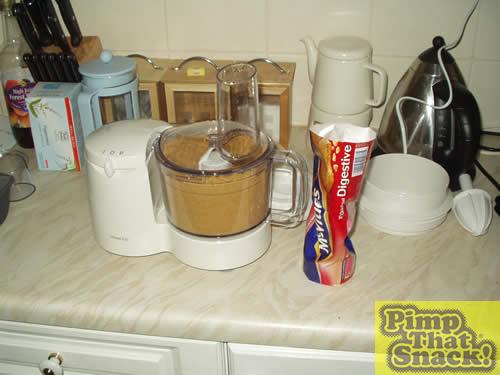 Once you’ve done that, stick it all in a loaf tin (I had to get one of these as well. Only £3 though, the food processor was £25!) and make it flat and quite solid. Once you’ve done this, you’re ready to add the caramelised milk. Just go ahead and slap it on, then make that nice and flat too (well, as flat as you can, it’s not easy cos it’s very very sticky). 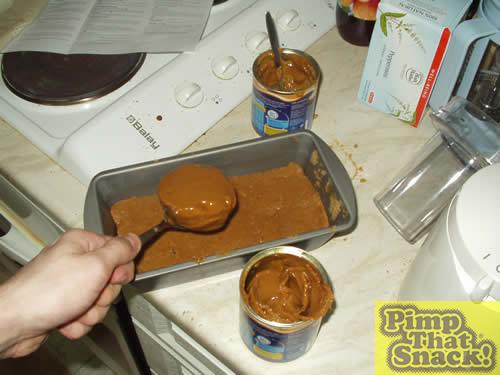 Now it’s chocolate melting time! Get 2 pans, one bigger than the other. Fill the larger one with boiling water and put it on the hob. Break all the chocolate into cubes and put it in your small pan. Put the small pan in the big pan and keep stirring it round (or it’ll burn). When it’s melted, try not to eat it all there and then and then put it over your cake then increase the flatness quotient (again). 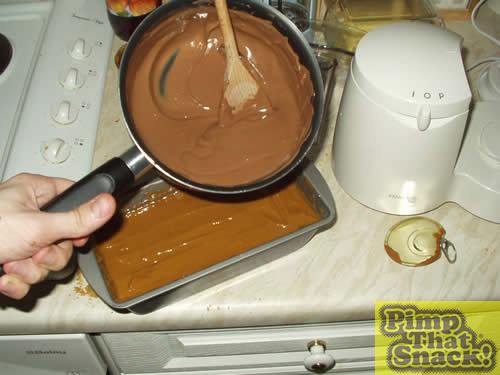 Pop it into the freezer and leave it there for about an hour. After that it’ll be ready to try and get out of the tin. Get a knife and cut round the top of the chocolate to loosen it out and then put a chopping board or plate or something over the tin and turn it all upside-down. Then, get another plate and do the same again to get it the right way up. 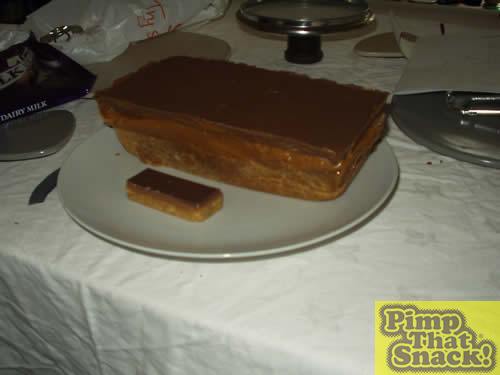 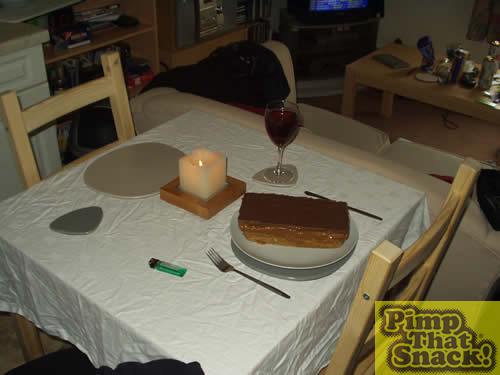